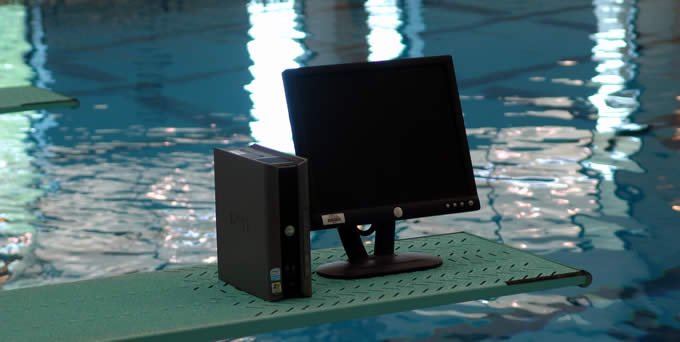 When students return to Calvin's campus this fall they may notice a change in the way computers in the college labs behave.

Some 850 of Calvin's on-campus computers will be equipped this summer with a software package—Faronics PowerSave—that will track their usage and, when appropriate, put them to sleep, thus saving energy. PowerSave also will wake computers up just before students arrive to use them in the morning and so that Calvin's information technology department can do maintenance at night.

The PowerSave is the first initiative of the new Calvin Energy Recovery Fund (CERF), launched in March 2010, as a way to bring green ideas to fruition at Calvin. CERF also puts the cost savings from such ideas back into the fund. In this way the fund continues to grow and future energy-saving initiatives can be implemented.

"With CERF anyone on campus who has an idea for ways to save energy has a place they can bring those ideas," said Jeena Velzen, the first CERF intern. "We take all of the ideas people bring us, and we analyze them. If they make sense, they go on to ESC (the college's Environmental Stewardship Committee), and if ESC approves the idea, it's a go."

CERF will pay for the start-up costs of any energy-saving idea that gets a greenlight, and CERF gets to keep the savings for five years after payback. The CERF fund thus is able to expand, allowing more and more projects to be funded.

"Five years after payback," explained Velzen, "Calvin takes over any project that CERF started. But for five years CERF takes on the risk and gets the rewards too. So it's a way for the CERF fund to grow, and then it's a way for Calvin to benefit after CERF makes the hand off to the general Calvin budget."

With the computer project Velzen learned in May that the cost for the Faronics PowerSave product will be covered by a grant from Consumers Energy.

The company that makes PowerSave estimates that with almost 1,000 computers as part of the pilot project, Calvin stands to save $10,000 or more the first year alone, money that will go back to CERF each year for five years, thus helping the fund to increase quickly and for more projects to be funded in subsequent years.

Project began with an engineering class in 2008

CERF began in the fall of 2008 as a class project in professor Matt Heun's engineering 333 course. Asking the question "what would it take for Calvin to implement an energy efficiency fund," Heun had five teams of students analyze potential projects on campus, including their start-up costs, their annual energy savings and what savings would be possible over the life of a project. Looking at such things as more energy-efficient lighting, window replacement and computer shutdowns, Heun's students concluded that something like CERF would be feasible on Calvin's campus, just as it has been at places like Harvard University and Macalester College.

Less than a year later Calvin had taken in $4,000 in donations to CERF ("pretty much all from word-of-mouth" said Velzen) and in the fall of 2009 the college gave CERF $50,000 in seed money. In March 2010 the college hired Velzen, a fifth-year senior (she had graduated in May 2009 with honors as an engineering major and then decided to return to Calvin to take pre-med courses).

"We have so many good ideas waiting," she said. "The next CERF intern will be able to work with some really great ideas I think."

Among the potential projects in the wings is one that has Heun excited: a proposal to cool a new redundant data center—basically a computer servers back-up room in the Spoelhof Fieldhouse Complex—using water from the Venema Aquatic Center.

"Data centers generate a lot of heat," said Heun, who worked at NASA’s Jet Propulsion Laboratory prior to coming to Calvin. "Pool water needs to be heated. The idea behind the project is to take the pool water and the heat from the data center and bring them together in such a way that the data center gets cooled and the pool water gets heated. This will save the college money and save energy consumption.”

Other ideas in the works for CERF include : automatically adjusting the Spoelhof Fieldhouse Complex lobby lights (programming their adjustment based on how much daylight is entering the building), adding motion sensors to the Engineering Building (resulting in a projected 50 percent reduction in consumption) and replacing department coffee pot burner units with "airpots," which are insulated and don't need a burner to keep the coffee warm (another projected 50-percent reduction in consumption).

And while all of those projects have a quick payback (paying for themselves often times in one to three years), CERF also is looking at longer-term energy savings projects, including reducing on-campus carbon emissions.

Behind it all, said Velzen, is a lofty goal.

"The purpose of CERF," she said, "is to help people at Calvin pursue our calling to be stewards of God's creation. It's what we say is important to us. With CERF we are proving it."

For Heun the added benefit is what something like CERF adds to the education Calvin provides.

If you have ideas for the Calvin Energy Recovery Fund, please e-mail Matt Heun 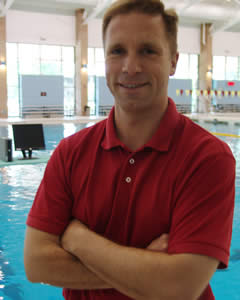