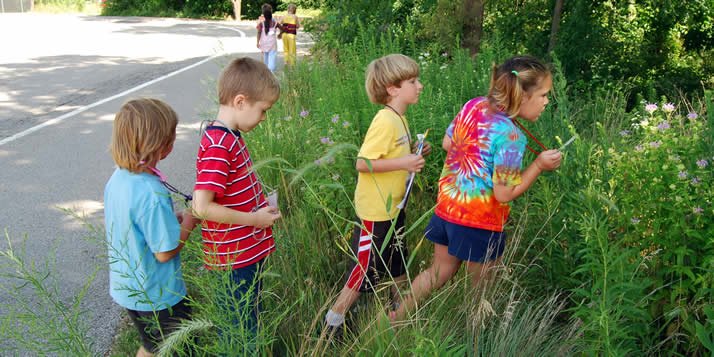 From bug hunting to belly flopping, filtering to formatting, kids of all ages are finding plenty to keep them busy this summer at Calvin.

From bug finding to belly flopping, spiking to shooting, filtering to formatting, kids of all ages are finding plenty of activities on Calvin’s campus to keep them busy this summer.

With a record-high number of camps this year, Calvin’s varied summer camp offerings are expected  to draw more than 2,000 young people ages 4 to 18 during ten weeks this summer.

"We’ve been trying to broaden the net to help make people more aware of what we offer in the summer at Calvin,” said Rhae-Ann Booker, director of pre-college programs.  “We provide a great opportunity for connecting kids to higher learning.”

Some of the offerings like Knollcrest Music Camp and swimming lessons have been around for decades and continue to be popular choices, but newer additions also have been well attended this summer.

Glow-in-the-Dark Science Camp, formerly Light and Luminescence, had a waiting list. Professor Mark Muyskens believes the name change had something to do with the high demand. “I think kids were thinking ‘light and luminescence,’ what is that? Glow-in-the-dark? Everyone knows what that is.”

During the camp, attendees spent much of the time in the dark learning about light properties, fluorescence, phosphorescence and luminescence through a variety of hands-on experiments.  While using a refractive lens, campers were asked, “What colors do you see in mercury, in neon and in laser?”

Another favorite experiment involved cracking open glow sticks and mixing them together.

"I offer the camp because I enjoy sharing my enthusiasm for things that glow-in-the-dark with others, and it's something that kids can get really excited about,” said Muyskens.

Introducing campers to new experiences is one of the goals of the camp program, said Booker.

"Exposing kids to many things that may be new or things that they aren’t able to experience at home or at school is part of what we try to do,” she said.

Learning back dives was a new occurrence for 13-year-old Lisa Nice, who attended Diving Camp, a first-time offering by the college.

"I’ve never taken diving before, and I really like it,” said Nice, who attended with her sister Betsy, 11.  “It’s all been really fun, except for the belly flops.”

"Some of the divers came to earlier sessions and came back for another one,” Brummel said. “Most of the kids have really improved.”

A camp favorite is going off the three-meter board, she said. “A question I always get is, ‘Do we get to do stuff off the high dive?’”

Going off the high dive was a highlight for twins Emily and Olivia Biermacher, 15, who had never taken a diving lesson before. “I love to swim,” said Olivia, “so this (diving) seemed like a fun thing to try, and I love it so much.”

Other camp offerings this summer included or will include Computer Imaginary Worlds; Literature and Writing; Mathematics: Looking for Patterns; Chemistry; Emphasis on Physics; Wetlands and Woodlands; Calvin College String Summit and a wide range of sports camps.

Plans are in the works to offer Astronomy and a Youth Etiquette Camp next year.

"Our goal is to work with departments who have a vision for extending their rich learning opportunities to younger kids,” said Booker. “We are open to offering camps in any discipline.”

While the camps are offered as a resource to the community for learning opportunities during the summer months, they also benefit Calvin students who often teach at the camps and faculty members who serve as camp directors.

"Camps provide leadership opportunities for Calvin students and a chance to apply their classroom learning,” said Booker. “And for faculty members it’s a good challenge to think about how they can inspire or motivate younger kids in their own area of study in a fun and creative way,” said Booker.

Muyskens strives to do that: “I want the kids to see that understanding a bit more about what they are seeing makes it even more interesting. I hope the campers get more curious about what's around them and that they use the tool kit they take home from the camp to explore things at home.” 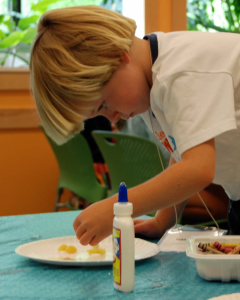 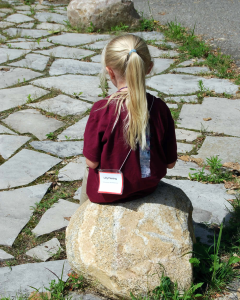