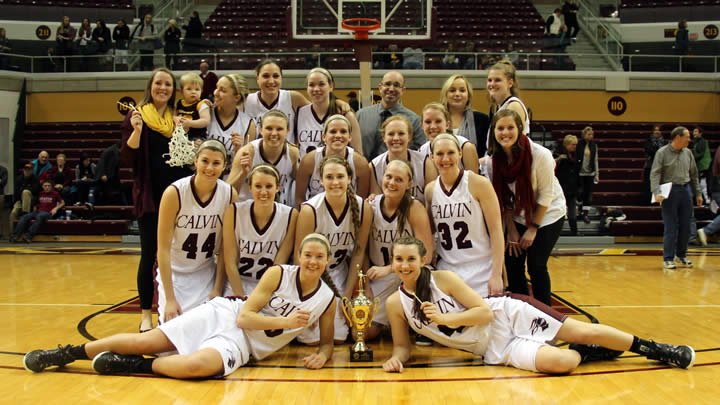 For the first time in the history of Calvin athletics, all four varsity winter sports teams claimed MIAA championships in the same year. The women’s basketball team headlines the class, taking a perfect 27-0 record into postseason play.

The winning teams out of Friday's games will meet in the second round Saturday night at 7:30 p.m. at Van Noord Arena.

The Calvin men’s basketball team punched their ticket to the postseason thanks to a late run in the MIAA Championship game against Hope College, capped by a Jordan Brink jumper with five seconds left on the clock.

The Calvin women’s swimming & diving team claimed its 11th consecutive MIAA title and its 13th in the history of the program—all under the watch of current head coach Dan Gelderloos. Calvin’s current string of league crowns is the longest streak in MIAA women’s swimming and diving history, surpassing the 10 consecutive titles recorded by Hope from 1980 to 1989.

The NCAA III Championships are slated to take place March 18-21 in Shenandoah, Texas. Senior Erika Waugh and freshman Sarah Bradley will represent the women’s team at the national meet. Waugh qualified in the 200 backstroke, and Bradley grabbed the seventh and last regional qualifying spot for divers.

The NCAA III Championships are March 18-21 in Shenandoah, Texas. 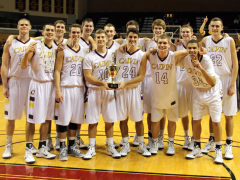 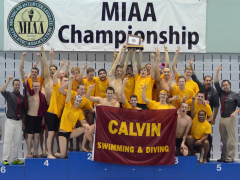 The Calvin College men's hockey team is headed back to the American Collegiate Hockey Association (ACHA) Division III National Tournament for the first time since the 2007-2008 season. The team earned the trip to Pelham, Alabama, by defeating the three-time defending champions, Adrian College, 2-1 in the regional final in late February.