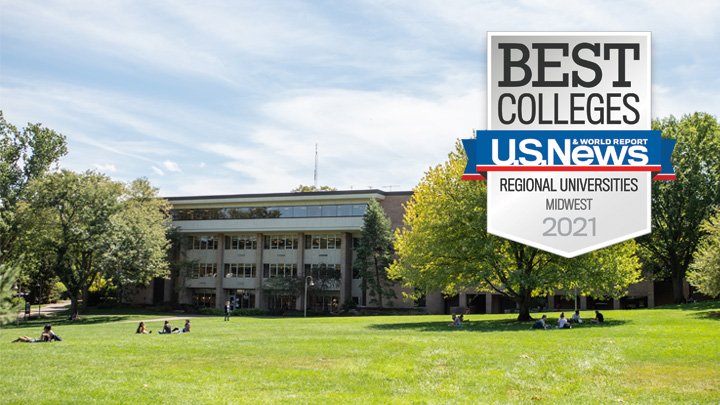 The digital news and information company released the report online today, which helps prospective students and their families evaluate colleges and universities based on 16 widely accepted indicators of excellence, such as first-year retention rates, graduation rates, and the strength of faculty. The report also takes into account qualitative assessments by administrators at peer institutions.

Among Midwest regional universities, Calvin retained its #5 ranking for “Best Undergraduate Teaching” and #3 ranking for “Schools with the Most International Students.” The university moved up to #13 in the “Best Value Schools” category, up five spots from last year’s edition.

Calvin also saw a big jump on the “Best Undergraduate Engineering Programs” list, which ranks all colleges and universities in the United States that are non-doctorate- granting institutions. On this list, Calvin University cracked the top 50, ranking #46 in the 2021 edition. This represents a 22-place improvement from its 2020 ranking.

In addition to the U.S. News & World Report rankings, Calvin University was also given high marks by a number of other leading rankings guidebooks, including Fiske Guide to Colleges, Forbes, Money, Niche, Washington Monthly, and the Wall Street Journal/Times Higher Education, to name a sampling.

And, the Princeton Review, which includes Calvin as one of the best institutions for undergraduates to earn their college degree, also includes Calvin University on a short list of institutions that excel in delivering Health Services and Counseling Services to their students. For the ninth straight year, Calvin appears on the Princeton Review’s “Best Health Services,” list, ranking 15th in the nation. And Calvin also is ranked 10th in the nation in the guidebook’s “Best Counseling Services” category.