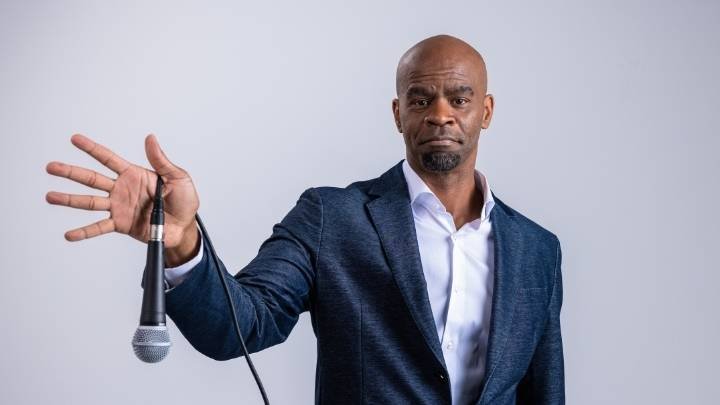 Headlining the weekend events is a Friday night comedy show with comedian Michael Jr. Through comedy, Michael Jr. inspires audiences to activate their purpose and live a life fulfilled. His impactful delivery and versatility have landed him on The Tonight Show, The Late, Late Show, Oprah, Jimmy Kimmel Live, and Comedy Central. The Calvin University Improv team will open for Michael Jr.

Cheering on the nationally ranked Knights

In addition, five Calvin athletics teams will be hosting games during the weekend, including the men’s and women’s soccer teams who are ranked #10 and #13 in their respective national polls. Both the DI and DIII Calvin hockey teams will also be in action as the program celebrates its 50th anniversary year.

For those who want to participate in an athletic event, the university is offering the annual Calvin Classic 5K and Fun Run, which loops participants on a beautiful course that spans the entire campus.

“We are excited to welcome our alumni, friends, and the entire west Michigan community to campus during one of the most beautiful times of the year here in Grand Rapids,” said Jeff Haverdink, director of alumni engagement. “While there are so many fun events planned throughout the weekend, we are also excited for our guests to check out the recently opened School of Business building, the works of art in the Center Art Gallery, and to take a stroll through the 100-acre Ecosystem Preserve, a unique gem on our campus. There truly is something for everyone.”

The weekend will also provide an opportunity for the community to meet Calvin’s new president. Dr. Wiebe Boer will be present at several of the Homecoming and Family Weekend events, including during an official meet and greet at the School of Business building from 10-11 a.m. on Saturday.

For a full schedule of events, including ticket information for the Michael Jr. comedy show and Classic 5K Race, visit www.calvin.edu/homecoming. View a map of campus.