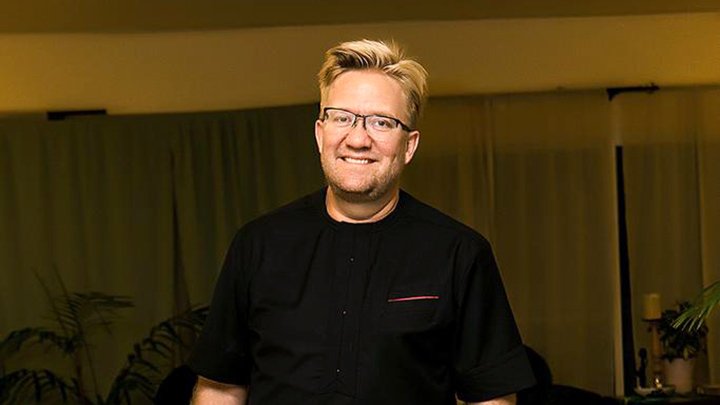 The Calvin University Board of Trustees has accepted the presidential search committee’s unanimous recommendation and appointed Dr. Wiebe Boer as the institution’s 12th president. Boer brings a unique combination and depth of experience working across the private and social sectors in four countries in two continents over the past two decades. He currently serves as CEO of Shell–All On, a renewable energy investment company, in Lagos, Nigeria.

The board of trustees launched its search for Calvin’s next president in summer 2021 by appointing a search committee with representation from faculty, staff/administration, students, alumni, the board of trustees, Christian Reformed Church, and the external community. The committee engaged AGB Search—a widely recognized search consultant in higher education—to support the extensive and rigorous international search process. Boer stood out among a diverse and competitive pool of candidates.

“Wiebe personally embodies Calvin’s mission with his unique life story,” said Mary Tuuk Kuras, vice chair of the board of trustees and chair of the search committee. “His academic grounding, strong sense of social justice, and depth of experience in the private and social sectors position him well to lead Calvin’s next chapter with creativity, drive, and humility. His understanding of Calvin’s past propels his innovative optimism for Calvin’s bright future, and he is prepared to roll up his sleeves and work collaboratively with all stakeholders of our Calvin community on that journey.”

Boer was born and raised in Jos, Nigeria to Christian Reformed missionary parents. He graduated in 1997 as a second-generation Calvin student and is married to Joanna Bachew, from Trinidad & Tobago, who graduated from Calvin in 2003.

Boer values his family’s historical connection to Calvin, and he also values the global perspective he’s gained having spent much of his childhood and adult life living and working abroad.

“Throughout the different countries and contexts I’ve served in, my focus has always been on creating impact, on making people’s lives better. So, to be called to help lead Calvin who is forming graduates to be agents of renewal is humbling,” said Boer. “I am excited to innovate and collaborate with a talented faculty and staff as we together pursue Calvin’s ambitious vision and articulate that vision in a way that gains momentum both locally and globally.”

Since 2017, Boer has served as chief executive officer of Shell-All On, a renewable energy investment company in Lagos, Nigeria. He previously served with Boston Consulting Group (BCG) where he was one of the founders of the strategy firm’s Lagos office. He also has served in executive level leadership roles with Heirs Holdings Group and the Tony Elumelu Foundation and worked in the Rockefeller Foundation’s Africa Regional Office in Nairobi, McKinsey & Company, and with World Vision Mauritania.

Boer earned a PhD and two master’s degrees from Yale University and a bachelor's degree from Calvin, all in history. He spent one year studying political science at the University of Jos and completed his primary and secondary education at Hillcrest School, also in Jos, Nigeria.

His wife Joanna has a master’s degree in human resource management from the University of London and is currently the CEO of Empire Jane, a Nigerian soft home furnishings company. They have four sons.

“Andrea and I are so pleased to welcome Wiebe and Joanna to Calvin University,” said Michael Le Roy, who in June 2021 announced that the 2021-2022 academic year would be his final year serving as Calvin’s president, citing a pull to return to the Northwest United States to be closer to his adult children and aging parents. “As an accomplished academic, entrepreneur committed to social good, and person of deep Christian conviction and character, I believe that Wiebe offers the ideal attributes needed for Calvin to realize its aspirational global vision in this decade. I look forward to working with him as we transition to the next season of leadership.”

Boer will begin his duties as university president this summer and will be officially inaugurated in fall 2022.

Founded in 1876, Calvin University is a top-ranked, liberal arts institution that equips its nearly 3,300 students from 47 U.S. states, 49 countries, and four Canadian provinces to think deeply, to act justly, and to live wholeheartedly as Christ’s agents of renewal in the world. Calvin offers 100+ majors and programs, including a growing portfolio of graduate-level offerings. Calvin students engage in intensive internships, community-based service learning, and significant research that results in publishing and presenting alongside world-class faculty.The university’s 400-acre campus is located in the vibrant city of Grand Rapids, Michigan. Discover more at calvin.edu.