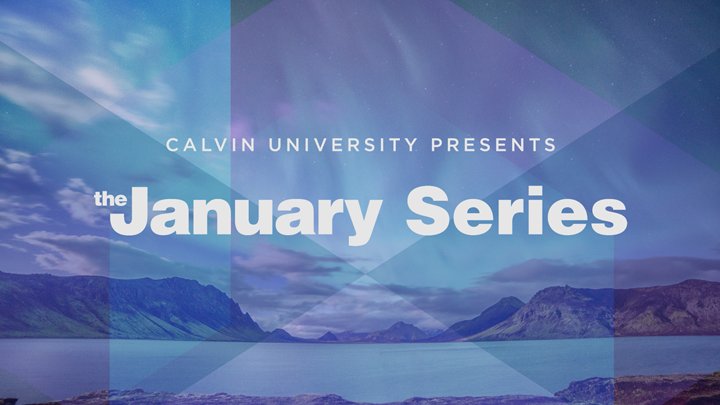 From Wednesday, Jan. 8 through Tuesday, Jan. 28, 2020, attendees will learn from a wide range of experts leading some of the nation and world’s most pivotal and timely conversations. The 15 speakers will provide insight on issues like poverty and hunger, the global water crisis, immigration, mass incarceration, religious freedom, and big data’s inequality and threat to democracy.

A few of the notable names in the 2020 lineup include: Ann Compton, who covered seven presidents; Mitch Albom, an author, columnist, radio host, and philanthropist whose books have sold over 39 million copies and been translated into more than 45 languages; and Jonathan Haidt, a social psychologist at NYU whose last two books were New York Times best-sellers.

Kristi Potter, the director of the January Series says the goal of the series is to cultivate deep thought and conversations about important issues of the day so as to inspire cultural renewal and the shaping of better global citizens in God’s world.

Potter says this work starts with listening, even to those with whom we may disagree. She says day two of the January Series will provide a great opportunity for attendees to see what this looks like.

“We have the opportunity to hear from two respected scientists who hold opposing viewpoints on the topic of origins. One is a six-day creationist, the other a theistic evolutionist, and both feel strongly about their views. Both actually feel the other person’s view is harming the church,” said Potter. “And yet, the two have learned to talk to rather than past one another, using respectful dialogue with the understanding that they are both Christians. This moderated conversation will serve as a model for us for how to have difficult conversations—something we aspire to foster through this series and in all of our work at Calvin University.”

While Potter says the series will dig deep into some of the complex issues facing the world today, it will also highlight the great progress being made in some of these areas. She expects it will inspire hope.

“It’s not all doom and gloom, positive things are happening. I hope those who attend or tune into the series this coming year will leave hopeful for the future and understand how they can take steps to make a difference. And maybe that step is just being more willing to listen to one another and acknowledging one another for who they are.”

The January Series runs from 12:30 p.m. to 1:30 p.m. EST Monday through Friday in the Covenant Fine Arts Center on Calvin’s campus. And, the series is also available in more than 50 cities throughout the United States, Canada, and Europe. In 2019, nearly 80,000 people enjoyed the series live between on-campus, remote sites, and audio livestream.

To request an interview with Kristi Potter or hi-res photos of the speakers, contact Matt Kucinski at 616-307-7429 or msk23@calvin.edu.

About the January Series
Started in 1987, the January Series is an annual, award-winning, 15-day lecture series that exists to cultivate deep thought and conversations about important issues of the day in order to inspire cultural renewal and better equip global citizens in God’s world. The series is free and open to the public. Join this year’s conversations and revisit previous talks at www.calvin.edu/january.

About Calvin University
Founded in 1876, Calvin University is a top-ranked, liberal arts institution that equips its nearly 3,600 students from 45 U.S. states, 63 countries, and seven Canadian provinces to think deeply, to act justly, and to live wholeheartedly as Christ’s agents of renewal in the world. Calvin is proud to offer 100+ majors and programs, including graduate-level offerings in accounting, education, and speech pathology and audiology. Calvin students engage in intensive internships, community-based service learning, and significant research that results in publishing and presenting alongside world-class faculty.