At the beginning of its 10th year on TV, a weekly show produced at Calvin College, has a face-lift, a name-change and a new TV home.

The show is now called Inner Compass, a tag that replaced former moniker Calvin Forum after a campus-wide deliberation process. Its new home is WGVU, the PBS affiliate in Grand Rapids, where it will air Saturdays at 5 p.m. And a gorgeous new set has been built for Inner Compass, a Frank Lloyd Wright design by Calvin professor Jim Korf which was built by Calvin's David Leugs and Nathan Blum.

The wholesale overhaul was not part of some mid-life crisis for the show, but came as a result of a new contract between Calvin and WGVU Television. In previous years viewers could only find the show on local cable access. Last year it also aired on PAX-TV, but at 6:30 on Sunday mornings.

This summer Calvin producers Mike VanDenend and Jazmyne Fuentes approached WGVU in hopes of increasing the show's audience via a better timeslot on a more widely distributed signal.

Before approaching WGVU, however, Fuentes approached Calvin for a “special projects grant” to build a new set (knowing that the old set would not be up to PBS standards). Armed with the new set, copies of past shows and the goodwill achieved with WGVU via that station's prior telecasts of the Calvin-Hope men's basketball games, Fuentes and VanDenend were hopeful that their presentation would lead to a partnership.

When the WGVU leadership looked at previous editions of Calvin Forum they were excited by what they saw, including the national caliber of guests coming to Calvin's campus. And the set was a winner too. A deal was struck.

But while the set and the name have changed dramatically what has not changed is the central core of the show's focus. Inner Compass bills itself as “an exploration of how people use faith and ethics to guide them through the critical issues of the day.”

Says Fuentes: “Calvin College provides this program as a public service to the community and our constituents. We hope that by exploring how people guide themselves through ethical decisions, we promote a belief in the absolutes of right and wrong, the use of the conscience and the openness to challenge one another on ethical judgments.”

Fuentes is quick to point out that the show is not afraid to tackle diverse issues. The premiere of Inner Compass (which aired on Saturday, Oct. 7) was a discussion of infant and adult baptism.

Among topics yet to be explored this fall are Christian music, capital punishment (featuring Sister Helen Prejean), Harry Potter, vouchers, sibling rivalry, seeker-sensitive churches and living together before marriage.

“We're excited,” says Fuentes, “about this opportunity to reach so many more people. WGVU-TV has been a very receptive and supportive partner. And we look forward to exceeding their expectations. Nationally, PBS has such an exquisite offering of programs, except when it comes to evenhanded explorations of religious and ethical issues. We are honored to help fill this need.”

Inner Compass next will shoot on Friday, Oct. 13 at 3:15 pm. The show will be on Harry Potter and will include a local teacher, a local librarian and a parent. Media are invited to attend. 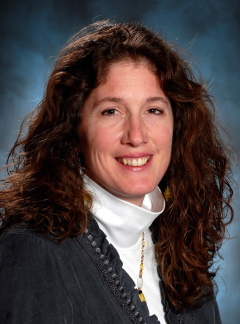