Calvin has three Goldwater Scholars and one honorable mention.

Once upon a time, junior chemistry major Nathan Romero thought he had to be a doctor to do science.

Since coming to Calvin all four students have gone into scientific research alongside Calvin chemistry and biochemistry professors. And this month three of them—Romero, Burkhart and Manck—were named 2011 Goldwater Scholars. Martinie, a sophomore, earned a Goldwater honorable mention.

Manck said she was “pleasantly surprised” by the award, a response that all of the recipients echoed. “It’s very exciting, and it’s a huge honor,” Martinie said.

Each institution may nominate four students for a Goldwater Scholarship, and Calvin is one of only two schools nationwide to receive recognition for all four nominated students in three successive years: 2009, 2010 and 2011.

Calvin students make impressive Goldwater applicants, said chemistry professor Larry Louters, because they start doing research early: “They get exposed right away to a problem that’s unique—just like in grad school … They’re actually generating knowledge, not just catching it from a textbook.”

The scholars receive awards whose maximum is $7,500 for each of two successive years to help with tuition, fees, books and room and board. The money comes in handy, the students admitted, but they especially appreciate being recognized as researchers:

“There’s a kind of beauty, something in the science of creation that’s so complex. We even see that in each others’ research,” said Romero, who also serves as Calvin’s Beckman Scholar. He works with chemistry professor Carolyn Anderson on building molecules that resemble the molecules found in nature or the pharmaceutical industry. “We research new reactions, new ways to make these molecules,” said Romero.

Manck works with chemistry professor Doug Vander Griend on “molecular tinkertoys,” structures that construct themselves in solution. “Our goal is to understand what’s going on as they put themselves together,” she said.

Burkhart works with chemistry professor Roger DeKock on computational analysis of molecules, research that allows him to put Calvin’s supercomputer Ohm through its paces. “My research, it’s sort of “further knowledge,” he said. “Lots of research sort of sets up other research until it’s Nobel Prize winning,” he said, smiling.

“He’s a rock star,” Romero said of Martinie, and Burkart agreed: “I think he even pushed me this summer to do more, ’cause I could see he was so interested in it.”

They tried to describe the fascination that research has for the researcher: “It’s not unlike people who like to do Sudokus or do puzzles. Research is a puzzle,” Romero said. “It’s being able to figure out what hasn’t been figured out before,” said Manck.

What makes the research experience so gratifying, according to the students, is the opprtunity to work with science division faculty: “The relationships that professors foster with students really stand out. That’s why we’re able to have such success," Romero said.

“It’s very Calvinist,” said Romero, laughing. “You didn’t choose me. I chose you.”

The Goldwater honorees are looking forward to the end of the semester, when they will join the other student researchers in the science division for a summer of discovery. (Manck will be researching at the University of Cadiz in Spain this summer through a program offered by Bucknell University.) 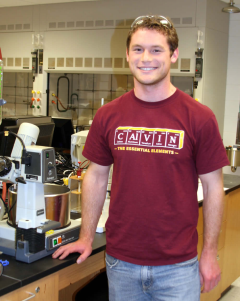 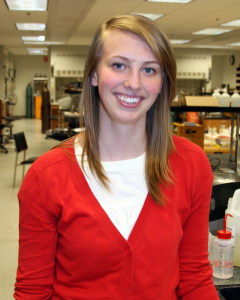 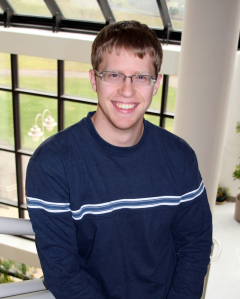 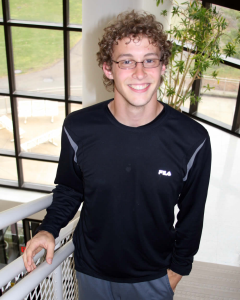 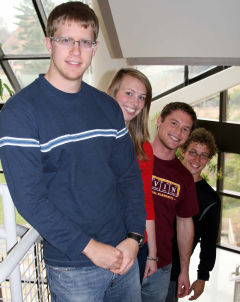