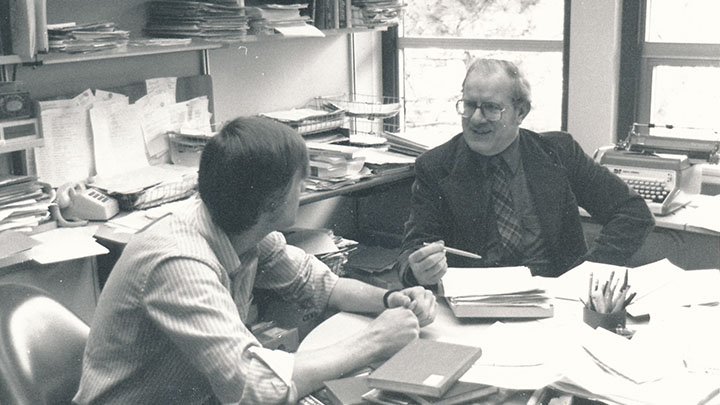 “Steve was a consummate man-of-letters, reading widely and engaging in conversations about ideas whenever possible,” said Don Hettinga, professor of English at Calvin College.

Van Der Weele, 97, who died on Tuesday, February 20, 2018, spent his life digging deep into every square inch of literature. His purpose in doing so? Expanding his world and the worlds of those around him.

“When we teach literature we enlarge the world that we can bring into captivity to Jesus Christ … The right literature gives students more to be Christian with,” said Van Der Weele, upon receiving the college’s 2007 Faith and Learning Award.

After serving in the U.S. Air Force for more than three years during World War II, Van Der Weele was honorably discharged. Through the GI Bill, he graduated from Calvin in 1949. He went on to receive his master’s degree and PhD from the University of Wisconsin.

Then he returned to his alma mater and began to bring literature to life.

“I remember buying the textbook for the class, a thick gray volume with whisper thin pages. There was very little in there to interest this reader of modern novels, and I remember plodding through my early assignments, counting the pages as I read,” wrote a student in Van Der Weele’s 18th-century literature class, in a tribute booklet to the professor upon his receiving the college’s Faith and Learning Award. “But then I went to class where you brought those poems and essays to life, showing me themes and patterns, uncovering the vitality that I couldn’t recognize.”

Van Der Weele’s pursuit of truth in literature alongside his colleagues and students at Calvin persisted formally for 34 years—the second-longest tenure for a Calvin English professor. He taught 11 different courses in literature and writing, including Shakespeare, the 18th Century, World Literature, and Contemporary Poetry, to name a few. He also, with communications professor emeritus Tom Ozinga, laid the initial groundwork for what would become Calvin’s interdisciplinary journalism minor.

But, his love for literature and writing didn’t end with his retirement in 1986. And his contribution to his craft continued for decades, extending outside of the academy.

“He was perpetually curious, passionate always about seeking truth,” said Hettinga. “These practices did not stop with retirement. After he left Calvin he continued to review books prolifically for popular and for scholarly publications, and in the last couple of years, he published a book of his own essays. He gave numerous lectures for church and civic groups.”

Former longtime colleague of his in the English department, Clarence Walhout, pointed to Van Der Weele’s passionate dedication to Christian scholarship as being central to his legacy. Hettinga said he’ll remember Van Der Weele most for providing inspiration for Christianly living a life of the mind—both in his long record of teaching and his endowment of very generous scholarships to Calvin students.

Both agree that while he was a man of many scholarly achievements, he was humble and took a servant’s posture with his colleagues and students. And that he will be remembered for his goodwill, good humor, and Christian charity.

He continued to share those qualities with those at his alma mater for more than three decades after his retirement. Even into his mid-90’s, he could regularly be seen riding his bicycle onto campus to talk with new and old friends.

Van Der Weele is preceded in death by his wife of 57 years, Viola. He is survived by his children: Deborah Kula (Robert, deceased) and Philip Van Der Weele (Joan Snyder), and two grandchildren.

Visitation will be held at Zaagman Memorial Chapel (2800 Burton St., SE) on Friday, February 23, 2018, from 5-8 p.m. A memorial service will be held at 1 p.m. on Saturday, February 24, 2018, at Neland Ave. Christian Reformed Church (940 Neland Ave., SE). In lieu of flowers, memorial contributions may be sent to the Steve and Viola Van Der Weele Scholarship Fund of Calvin College. 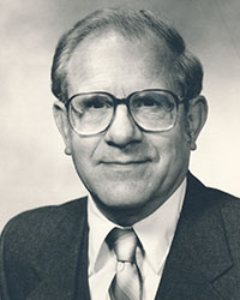 
When A Community Shapes You