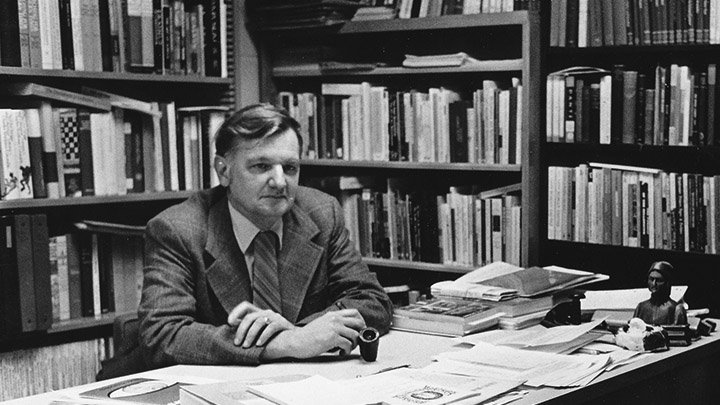 Samuel Greydanus joined the history department at Calvin in 1967. He spent 21 years at his alma mater, helping to expand the department’s offerings.

He graduated from Calvin in 1950, after serving in the U.S. Army from 1942-45. He landed on Utah Beach on D-Day as a member of the Ninth Signal Company, he was engaged in battles in Normandy, the Hurtgen Forest, the Ardennes, the Battle of the Bulge and the Remagen Bridge. His unit was one of the first to enter the concentration camp at Nordhausen, Germany.

He spent his first years of teaching in West Michigan-area grade and high schools, before coming to Calvin.

A teacher of teachers

“Sam and I began our careers teaching history at Calvin at the same time,” said former colleague Bert de Vries. “But I came in as a total untrained novice teacher while he was hired because of his expertise and reputation as a high school history teacher. I never lost that awe and respect for him because he was a teacher of teachers.”

Greydanus’ key contribution to the department was establishing courses on various cultural and ethnic groups. During his tenure, courses in Black, Native American, West African and Canadian history were added to the college catalog.

A heart for the less-privileged

“Sam Greydanus was a man who persevered,” said former colleague Robert Bolt. “He persevered in his concern for the underdog or the less-privileged. This concern was reflected in some of the courses he taught, courses that dealt with the history of Afro-Americans or Native Americans.”

Added de Vries: “Sam was a curmudgeonly and sometimes caustic liberal who constantly spoke up for the downtrodden, both human and animal, but always with a sense of humor and a wicked grin.”

He also persevered in running for public office, even though he had little chance of winning, said Bolt. “He felt that the favorite should be challenged, and thus he continued to run,” he said. “When he received a higher percentage of the vote than expected, he considered it a moral victory.”

His teaching continued well into retirement at the Michigan Dunes Correctional Facility near his home in Saugatuck, Michigan.

“Sam and Elsie raised their large family on a farmstead tucked away on a backroad between Fennville and Holland,” said de Vries. “Whenever we visited there I felt immersed in the world of Wendell Berry, an earthbound place where the ordinary things of life—food in the grader, wind in the trees, people doing chores, drinks on a patio—could occasion a sense of appreciation and wonder.”

He is survived by his wife of 67 years, Elsie; children, Bonnie, Sam and Susan, John and Marty, Mark, Tim and Sarah, James and Judy, Dave and Melissa, and Dale and Kelly; and several grandchildren and great-grandchildren. 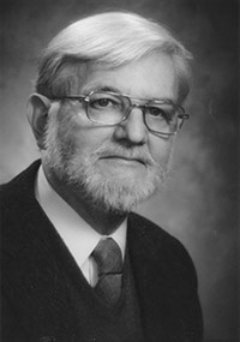