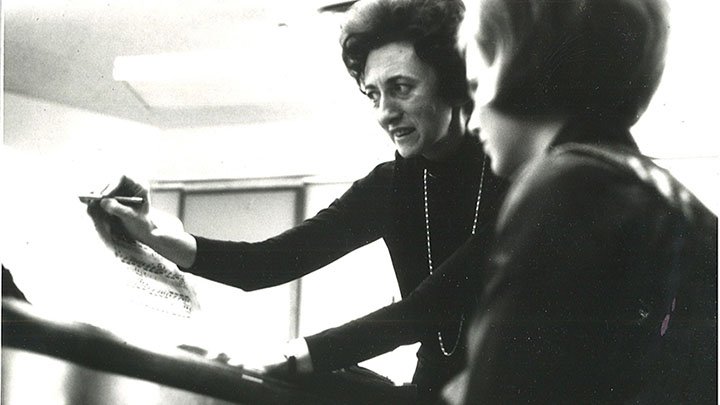 For Ruth Rus, every person and every musical note mattered.

“Ruth cared deeply. That care was expressed in her relationships with her colleagues and her students and with the Grand Rapids community,” said John Hamersma, one of her former colleagues. “Most importantly she cared deeply about her music. This sensitivity shone in her own performances and in the performances of her students.  Every note she played and every note she taught was caressed with great affection.”

It was a labor of love.

“She loved and understood every note she played,” said Howard Slenk, one of her former colleagues. “It was as though she had taken the piece apart and put it together again in a new and thrilling way.”

Sharing her time and gifts

Yes, she was a gifted musician.

“I remember Ruth as a consummate musician who could make the piano sing,” said Trudy Huizinga, a former colleague.

But former students and colleagues also consistently share of how she was generous with both her time and musical gifts.

“As an accompanist, she was extraordinary, and it was a privilege to perform music with her,” said Huizinga.

“Ruth opened the glorious gates of music to me. She gave me a piano lesson when I was a sophomore at Calvin, long before she joined the music faculty here.  After that one lesson I knew music would be my major and my calling,” said Slenk, who 15 years later would find Rus to be a “supportive and inspiring colleague.”

And Slenk’s experience with Rus was not the exception, but rather the rule.

“I first knew Ruth when I was a student even though I was not one of her piano students,” said Calvin Stapert. “She did me the honor of accompanying me in my senior clarinet recital. What a joy to make music with her! She was a consummate artist and an outstanding teacher. That all became even more apparent to me when I became a colleague of hers on the music faculty.”

She certainly demanded excellence from her peers and students. “She held students to a high standard and expected the best from them,” said Merle Mustert, another one of her former colleagues.

But, it’s a standard of excellence she also held for herself.

“The recitals she gave regularly were models of musical sensitivity,” said Stapert. “Particularly impressive was the series of three recitals she gave on the 300th anniversary of Bach’s birth. In one day she performed all 48 preludes and fugues from the well-tempered Clavier—a truly monumental feat!”

And while this particular performance was consistently singled out as impressive by her former colleagues, “Ruth's legacy lies mostly with her students and their achievements,” said Hamersma. “I'm certain that is what Ruth wanted it to be.

“Her approach was to be humble and reverent in the presence of great music and to inspire those virtues in both her students and in her audiences.”

Rus is survived by her three children, Laurel Rus and Don Bullick, Marvin Rus and Heather Hutton, and Charles Rus; and three grandchildren. Rus was preceded in death by her husband Louis. 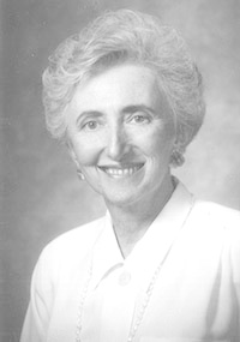