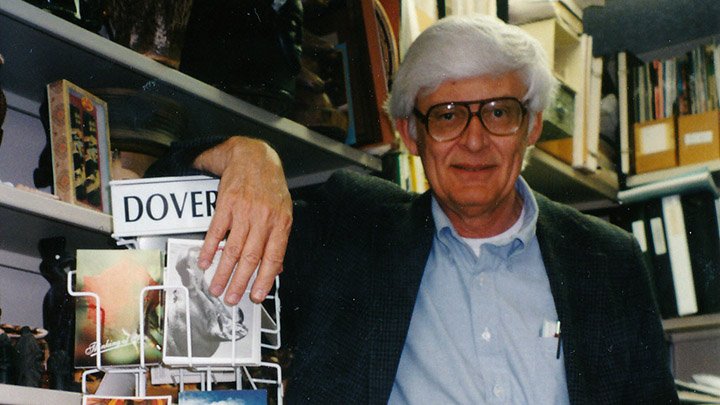 There are numerous ways to describe Don Wilson: diehard fan, postcard writer extraordinaire, honorary Liberian tribal chief, counseling pastor, beloved sociology professor, but in his own words, he most wanted to be remembered as a friend.

“When I talk of how I want to be remembered, I’m not so concerned that people say he was a good teacher; I also want them to say he was my friend,” said Wilson, in an interview after receiving Calvin’s Faith and Learning Award in 2008.

He joined the sociology department in 1962 as the college’s first anthropologist.

“When Don came to Calvin in the 1960s, he did not fit the stereotype often attributed to that time period,” said Todd Vanden Berg, former student and current sociology professor. “The creative and authentic way in which Don integrated his faith with his discipline created controversies in his first few years. Motions at Synod to have Don removed from his position at Calvin were not uncommon in the first years. But the controversies faded, and his renown grew as a professor truly interested in the well-being of his students.”

Former colleague Gordon DeBlaey recalled: “Don had an inquisitive mind and loved to test the boundaries of traditional thought about any topic, and, of course, couched his ideas in anthropological thought. Some of our best department discussions were led by Don on biblical and theological thoughts.”

And while teaching was his profession, his calling, he said, was to change the way his students think about the world.

Wilson lived by this philosophy himself. He was known for his postcard writing, which was a ministry of encouragement. He had a list of more than 6,000 people that he wrote to regularly! Throughout his lifetime he wrote and mailed more than 100,000 postcards to students, former students, colleagues and friends.

“I love doing this,” Wilson once said. “It doesn’t make me better than anyone else; it’s just my way of making a difference.”

Wilson was also a staunch supporter of Calvin athletics, so much so that in 1996 he was named the NCAA III Sears Diehard Fan of the Year. In his 34 years at Calvin, he missed only one home Calvin basketball game and never missed an MIAA track and field championship. By his own estimate, he attended nearly 100 Calvin sporting events a year.

Calvin athletes received postcards, too. Every varsity athlete every year received a note of recognition and thanks from Wilson.

“Don’s passing is indeed a great loss for the Calvin community. His teaching was legendary and his love for Calvin and the students was so apparent, but I’d argue that his love for athletes was extraordinary,” said Nancy Meyer, Calvin director of athletics. “I walk my dog past Don’s former house nearly every day, and I smile every time I think of how much joy he gave to Calvin and in return how much joy he received.”

Wilson’s former colleagues agreed that they were grateful for the chance to have spent time with him.

“I remember Don as a great storyteller and masterful teacher, blessed with a clever and engaging sense of humor,” said Peter De Jong. “He was a creative and gifted thinker whose lectures and writings invited us to rethink our assumptions and current understandings. I was privileged to team teach with him and co-author a book. He was a wonderful mentor and deeply Christian man.”

Added another former colleague Rodger Rice: “Don loved his students and they loved him. I learned much from him, especially ways to teach better. He was a pioneer in off-campus interim courses that gave students a cross-cultural experience. It was clear that lives were transformed, so I prevailed upon Don to coach me.

Wilson was preceded in death by his wife, Hilda, who was by his side at nearly every Calvin event for 62 years. He is survived by his children, Sarah Hardy and David Wilson (Beth Tibbets); and several grandchildren and great-grandchildren.

A memorial service will be held at Church of the Servant in Grand Rapids, on Feb. 17 at 4 p.m. A commemorative video slide show of Don's life, created by Don and his daughter for his 80th birthday, will be shown Saturday, Feb. 18 at 7:00 pm in the Gezon Auditorium in the Spoelhof College Center at Calvin College.