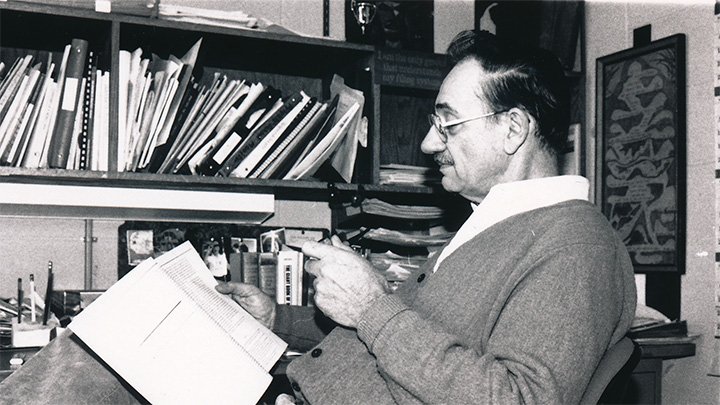 Education was always integral to whom Don Oppewal was. From teaching high school to writing numerous articles, books, and texts on education, particularly Christian education, Oppewal was always seeking or sharing knowledge.

For 30 years he imparted that wisdom to countless Calvin students studying to be teachers. Oppewal died on May 19, 2018; he was 91.

“Don was deeply committed to Christian education at all levels,” said former Calvin colleague Yvonne Van Ee. “He wrote about it, spoke about it, and challenged all of us to think about it. He taught philosophy of education and asked students to consider various philosophers and philosophies through the Reformed worldview lens.”

Indeed, while Oppewal instructed large classes of education students in the 1960s, ‘70s, and ‘80s, his teaching reached far beyond the Calvin campus. He helped establish the Christian Educators Journal and served as managing editor for more than a decade. He also published articles on topics such as the integration of faith and learning, teaching tenure and turnover, and the need for Christian textbooks in the Reformed Journal, Educational Forum, Christian Legal Society Quarterly, and Christian Scholar’s Review.

“Don was the ultimate professional educator,” said another former colleague Arden Post. “He was intensely interested in the Christian perspective of education. His passion, in addition to teaching, was publishing. He produced several monographs relating to the philosophy of education, particularly the Reformed perspective. He encouraged others to publish and chaired the Calvin monograph committee, inviting Calvin professors and those from sister institutions to publish under the Calvin monograph series.”

Oppewal was also interested in promoting the social aspect of the education department by organizing luncheons, Christmas parties, and other departmental gatherings. At one such event, when an error had led to the printing of far too many departmental newsletters—In Touch—of which he served as editor, Oppewal organized a competition of paper airplanes, folded from the additional copies of the newsletter.

“Don was well liked by his colleagues, students, and staff,” said longtime department assistant Jeneviene Candler. “When he discovered I was an art school graduate, he would ask me to do drawings for the Christian Educators Journal, helping me to keep up my artistic talent. He was a true educator.”

Upon his retirement in 1991, Oppewal volunteered as both a construction worker and educational consultant for schools in Belize, Dominican Republic, and Honduras. He also continued writing, publishing Voices from the Past: Reformed Educators, a book dedicated to the voices of numerous spokespersons devoted to Christian education.

Center of Christian thought and practice

Added Post: “Don has met the God whom he served so well on earth. He has heard the words, ‘Well done, good and faithful servant.’ He will be remembered for his participation in and contributions to God’s kingdom on earth.”

A memorial service will be held on Thursday, June 21, at 7 p.m. at LaGrave Ave Christian Reformed Church. Those attending are encouraged to share memories of working and teaching with Oppewal during the service. 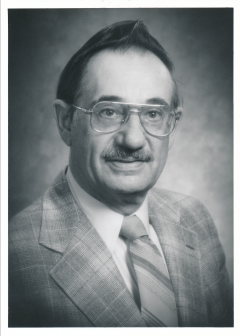