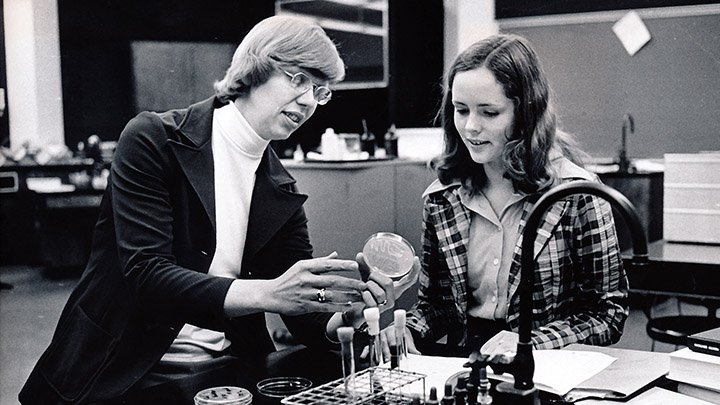 Beverly Klooster spent her entire teaching career at Calvin—nearly four decades. She was the first woman biology professor at the college, beginning in 1961 teaching nutrition.

When the college needed a microbiologist, however, Klooster stepped up and returned to Michigan State for a PhD in that field.

The vast majority of her 39-year career focused on microbiology. Klooster died on Oct. 17; she was 78.

“Many of her students went on to graduate school,” said David Koetje, a former student of Klooster’s and a Calvin biology professor. “Most never again took antibiotics and antimicrobials for granted--a testimony to her impact on their lives.”

Such was the case for John Wertz, also a former student and Calvin biology professor: "I had Bev the last semester she taught microbiology before she retired. She poured all of her passion into that course, and it really came through. From that point on I knew I would be spending the rest of my life studying amazing, perplexing, invisible 'bugs.'

"Every year when I teach microbiology I think of her, and I go into class hoping to bring just an ounce of the enthusiasm that she did."

Her enthusiasm for the tiniest of organisms was matched by her love of all creation.

“Bev cared deeply about creation, the environment and creatures,” said Lori Keen, Calvin’s lab services manager. “She advocated ‘reduce, reuse, recycle’ long before it was in vogue.  She urged me and the entire department to consider alternatives to using disposables in the biology labs.

“I think she contributed to every wildlife and environmental group out there--Sierra Club, Cousteau Society, World Wildlife Foundation. Her door was filled with stickers from these non-profits, and her mailbox was full of their magazines.”

“What always impressed me about Bev was her incredible devotion to her students,” said Koetje.  “She cared about their development as whole persons and worked tirelessly to ensure that their education was relevant and sufficiently rigorous so that they were prepared to tackle the world’s challenges.”

In addition to her dedication to the biology department, she also served for more than 15 years as a faculty athletics representative and on the Board of Control of the MIAA.

“Bev was a strong advocate for Calvin athletics, but especially for women’s athletics,” said Calvin women’s athletic director Nancy Meyer. “Bev was a former athlete herself at Calvin in a time when female athletes were not much more than an afterthought, and she understood that athletic participation could be just as important and formative for women as it is for men.

Bev continued to follow Calvin athletics for years after her retirement.  Said Meyer: “If there were such a thing as an Honor Roll for Calvin athletics, Bev’s name would definitely be on the list!”

She is survived by her brother Alex (Beverly) Klooster, two nephews and a niece. 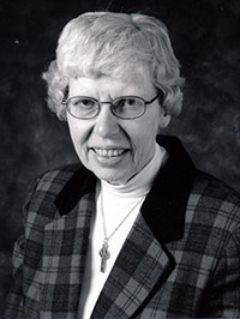