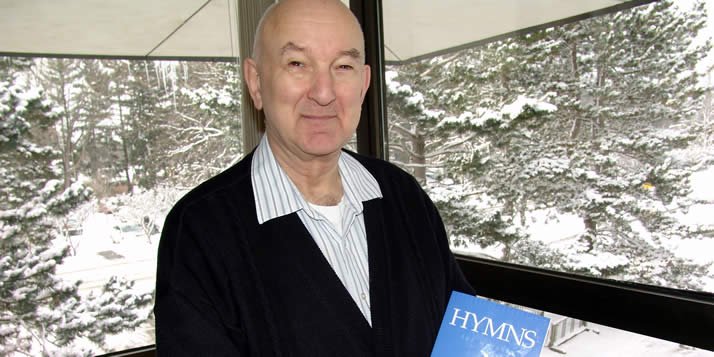 On July 1, 2013, Calvin professor Bert Polman died following a lengthy battle with cancer. Polman, 68, served at Calvin since 2005 as chair of the music department and as a senior fellow for the Calvin Institute of Christian Worship (CICW). He is survived by his wife, Betty, three children and four grandchildren.

“Communities will miss his voice,” said music department co-chair Tim Steele. “He was a very quiet presence, but a very large one.”

Polman’s physical voice was but a whisper. A virus took his voice in 1975, leaving him unable to sing or speak before large crowds without amplification, making his life’s work all the more remarkable.

“That’s the key part of the poignancy of his life,” said John Witvliet, CICW director. “He loved congregational song, but he himself could not sing.”

Polman was a highly regarded musicologist and hymnologist, writing and editing numerous hymn texts and harmonizations. He was a member of the editorial team for five hymnals, including the Christian Reformed Church’s 1987 Psalter Hymnal, for which he wrote the companion Handbook. He later edited a collection of 256 Hymns For Worship, which was published in 2010.

Emily Brink, CICW’s program director of conference and global resources, worked on editorial teams with Polman on many of these publications, dating back to 1977. She’s currently working on editing his previously written historical background notes for an online resource to accompany the new hymnal Lift Up Your Hearts.

“I consider myself someone who was privileged to stand alongside him in many, many ways on hymnal projects and help bring his research and convictions into form that they could get published,” said Brink.

Colleagues of Polman praised him for his depth of knowledge and understanding on the history of the songs of the church.

“Bert stood for having every congregation have a body of song that is both wide and deep, which is a rare combination,” said Witvliet. “That vision of breadth and depth is a good summary of his legacy in both his students and his publications.”

But, Polman’s legacy extends well beyond his knowledge and understanding. His colleagues say he was committed to excellence, had a gentle spirit and was a model of faithful stewardship. They also say he showed spiritual poise through the many health challenges he and his wife faced. And, many of his colleagues noted his wittiness.

“He had a way of turning a phrase that made you smile, but got the point across in a very fresh way,” said Brink.

“Not a meeting would go by without a joke,” added Benita Wolters-Fredlund, who joined the Calvin music department in 2006 and was a student of Polman’s at Redeemer University College in the mid-90’s. “There was always a sparkle in his eye. He’d have a straight face, but his eye told you he was pulling your leg.”

His colleagues said he didn’t take himself too seriously. But, he did—his work. They said he was a man of deep convictions.

A labor of love

One of his greatest passions was the study of the "Song of Mary" (Magnificat). Over the course of the past 20-plus years, Polman compiled a database of 1,000 compositions that he hoped to someday put into a book on the musical settings of the "Song of Mary." His colleagues appreciate his work and hope to bring it to some type of completion.

One of his deepest held convictions was a concern for social justice. And, later this year, Calvin will present it's annual Lessons and Carols service at LaGrave Avenue Christian Reformed Church. The service, which Polman helped plan, is themed: Peaceable Kingdom, reflecting Polman's concern for justice.

And Polman’s legacy will continue to live on in churches around the world. The amplitude of his physical voice on this earth may have been weak, but his influence will remain strong. And, now, for the first time since 1975, Polman will be able to sing along with congregations around the world. Because, as Polman said a few days before he passed: “My struggle with a paralyzed vocal chord is coming to an end.” 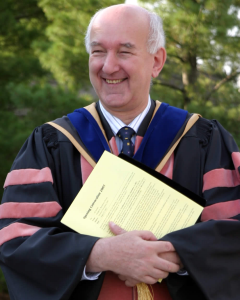 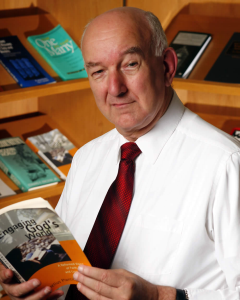 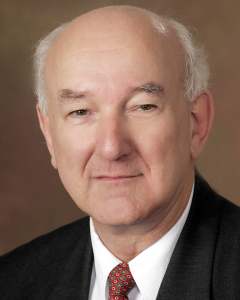 Ph.D. in musicology at University of Minnesota

He served on the executive committee of the Hymn Society in the United States and Canada.

He served on the editorial council of the journal Reformed Worship.

He served as chair of the Christian Reformed denominational Worship Committee.

He helped organize many worship conferences for the CRC.

He guided the music department through a NASM reaccreditation process.

He was very influential in the renovation of the Covenant Fine Arts Center.

He wrote the 2013 Commencement Litany.

He was an accomplished church organist.