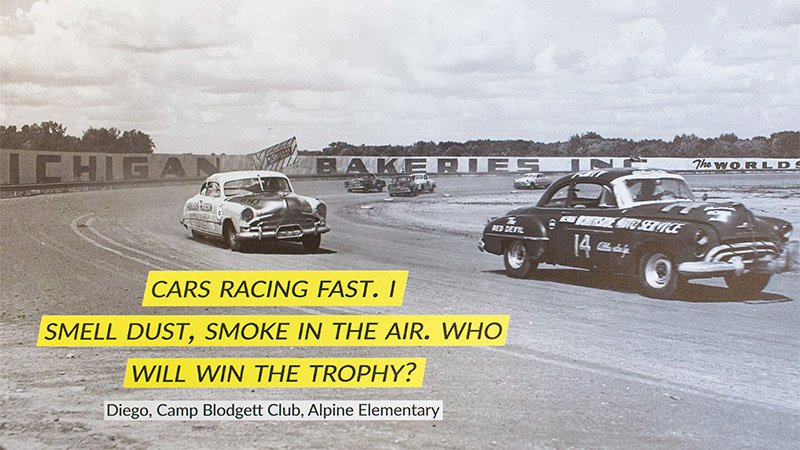 Six elementary and middle school students from Grand Rapids will have their haikus featured on Rapid buses.

Calvin College professor of English Lew Klatt is the poet laureate for Grand Rapids. In that position, he serves as an ambassador for poetry, creating programs in the greater metropolitan area that foster the writing and reading of poems. Now, completing his second year of a three-year term as laureate, Klatt is partnering with the Grand Rapids Public Library and The Rapid on the “Grand Poems in Rapid Transit” project. For the project, Klatt designed workshops to help students learn local history while also figuring out how to express themselves in haiku. Klatt answers a trio of questions about the new venture and about the value of poetry.

What is the Grand Poems in Rapid Transit project?

I wanted to work with kids and encourage them to try their hand at poems, and I wanted them not only to participate in the art, but to situate it, to think about their connections to the city that is their home. So, it seemed natural to me that we could do that by looking at archival photographs of transportation in the Grand Rapids area, especially since the transportation industry has been so important for our citizens. I think in a way the workshops were a micro-history lesson; simply by looking at pictures, the students discovered how transportation has changed over the last 100 years or so. The next step was to move the students from describing what they saw in those photographs to crafting their descriptions into haiku, which are three-line poems that make pictures out of words and leave the audience with a single impression. When it came to publishing their work, I thought the haiku would be especially powerful if paired with the historical photos they referenced.

What is the result of the project?

Six kids representing five after school programs (Living Stones Academy, The Potter’s House, the Grandville Avenue Arts & Humanities Cook Library Center, Camp Blodgett at Alpine Elementary and the Creative Youth Center) will be honored by having their poems made into placards to be placed inside of Rapid buses, as a kind of traveling exhibition. About 30 more students’ haikus will be paired with historical photos on posters and displayed at a celebration of the “Grand Poems in Rapid Transit” project on Tuesday, April 12, from 4:30 to 5:30 p.m., at The Rapid Central Station (250 Grandville Ave. SW).

The idea was initially inspired by other cities in the country that have commissioned poetry-on-public-transportation programs, most notably the Poetry in Motion Project in New York. I think, in general, there’s more of a sense across the country these days that the arts need to be part of our public spaces, and I thought it would be fun—instead of showcasing the work of famous poets—to take kids and give them a publishing opportunity. So that’s where the idea came from to put their work up in the buses.

Why is poetry relevant to the Grand Rapids community?

Poetry teaches us to observe—even scrutinize—the world around us. Cultivating attentiveness is an essential discipline if we want to steward our environment and care for our neighbors and better our communities. I would also say that, by bombarding our senses and putting us in touch with our aspirations, poetry opens up the imagination. Imagining possibilities is at the heart of making culture. The practice of poetry is almost a faith act, since it expresses things we may not yet see but genuinely hope for. Perhaps it also should be said that poetry invites us into a kind of playfulness with language that renews and refreshes our ways of speaking, which over time are likely to influence our ways of thinking.

Klatt credits a team of partners for the success of this initiative, including the Grand Rapids Public Library, The Rapid transit system, Calvin College, and Thomas Venhuizen, who designed the placards that will be featured on Rapid buses beginning this month. 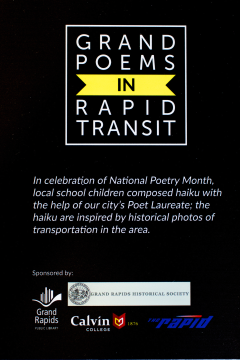 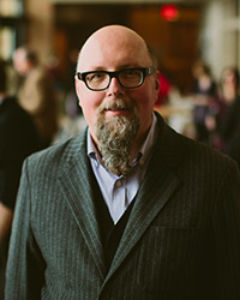