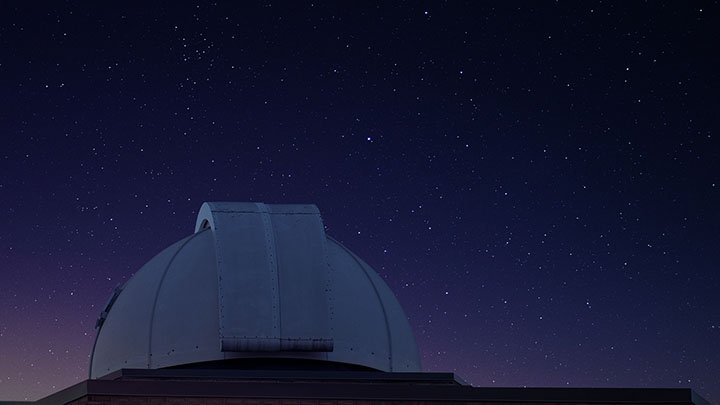 The Calvin Observatory is hosting a special viewing of Mars on Friday, July 27, the planet's closest approach to Earth since 2003. Photo courtesy: Cody Shanley

On Friday, July 27, Mars will be in opposition—viewed from Earth in the opposite direction as the Sun. The last time Mars was this close to Earth in 2003, nearly 400 visitors came to Calvin to get a closer look. On Friday, July 27, the Calvin Observatory will be open to the public again for a free special viewing from 9:30 p.m. to 12:00 a.m. (weather permitting). Assistant professor of physics and astronomy Jason Smolinski shares what we can expect to see on Friday night.

What is happening on July 27, and what will we see?

In this position [opposition], the Sun, Earth, and Mars form a straight line. This very nearly coincides with its [the earth’s] closest approach to Mars as the two objects orbit the Sun. Because Earth and Mars have elliptical (slightly oval-shaped) orbits, it sometimes occurs that Mars is at its closest distance to the Sun at the same time that Earth is at its farthest distance from the Sun while also being in opposition. This is when the two planets get as close to one another as they can get, in this case roughly 36 million miles apart. Being so close gives Mars a larger than typical angular size, so it looks bigger in a telescope and appears brighter in the sky.

Why come to the Calvin Observatory to view this?

Mars is a naked-eye planet, meaning that it is visible in the night sky with the unaided eye. However, with the unaided eye it appears as a fairly bright red “star” in the sky. Visitors to the Calvin College Observatory will have the chance to see the planet under high magnification, turning that bright red “star” into a resolved planet – hopefully with the chance to see dark surface features and a polar ice cap. The observatory telescope offers the viewer a chance to transform that red dot in the sky into another world.

Beyond Mars, what else might we see on Friday?

This summer’s night sky offers a journey around the solar system, with four brilliant naked-eye planets visible and accessible with the Calvin College Observatory telescope. After the Sun has set, Venus and Jupiter will be the first worlds to visit. As the sky gets darker, Saturn will stand out. About an hour after sunset, Mars will have risen high enough to see above the trees. All four planets are unique and beautiful in their own ways. In addition, Friday’s event coincides with the full moon, so our night sky will also be illuminated by our nearest celestial neighbor.

When will this happen again?

The closest approach that Earth and Mars had within the last 60,000 years occurred in 2003 when they were merely 35 million miles apart. The two planets won’t be that close again until 2287. Relatively close approaches occur every couple years, but the approach this year is the closest since 2003. In 2020, Mars and Earth will again approach one another at a distance of about 39 million miles.