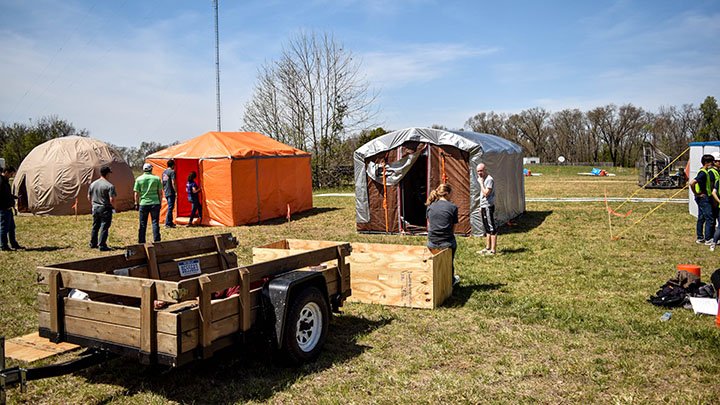 “It was a lot of fun. We got to test our prototype against other schools and other designs, simulate a lot of scenarios, and ultimately we got to see how well our process and ideas came to light in physical form,” said Kyle Sutton, a senior civil-environmental engineering major at Calvin.

Sutton, along with fellow senior civil-environmental engineering majors, Kyra Black, Cameron Carley, and Nate Veldboom, made the 13-hour drive south for the competition. The group, known as Team Dwell, brought with them their handiwork--a project they’ve been working on for their senior design project this year.

The competition scenario they participated in was based on the 7.8 magnitude earthquake in 2015 that affected more than a million people in Nepal. The shelters were required to address the local climate in Nepal, as well as their mountainous terrain, by retaining heat and transporting easily as well as by being water resistant, cost effective and culturally appropriate. The shelters were also required to be able to house a family of four.

Each team’s disaster shelter prototypes endured durability testing – including earthquake sustainability, heat retention, overnight habitability, wind turbulence, and water resistance. In addition, teams competed in an emergency shelter construction test, where they were evaluated on their ability to quickly design and construct emergency shelters from given materials.

Teams were scored based on their shelter’s performance in individual events and on their presentations detailing their shelter’s schematics, design, and materials. In addition to Team Dwell’s second place overall finish, they also took top honors in the Best Camp Plan, Best Report/Presentation, and Lightest Shelter categories. 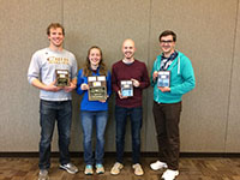