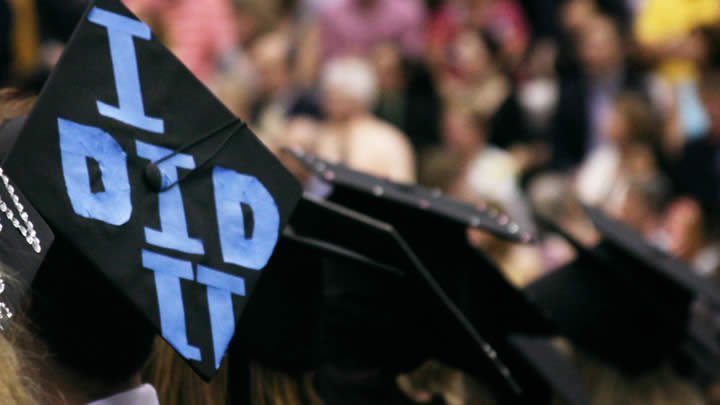 In less than a decade of existence The Kalamazoo Promise has made a post-high school education possible for hundreds of graduates of the Kalamazoo Public School system (KPS).

Now the possibilities are expanding for the approximately 500-600 students who each year graduate from one of the KPS high schools.

Last month The Kalamazoo Promise donors met and voted to accept the 14 private colleges and universities who are in the Michigan Colleges Alliance (MCA) into the Promise family, beginning in the fall of 2015.

One such MCA member is Calvin College, and President Michael Le Roy said the college is thrilled to become part of the Kalamazoo Promise.

“A central part of Calvin College’s strategy is to support key partnerships that advance the college’s mission,” he said. “This new partnership with the Kalamazoo Promise fits that goal. This esteemed program encourages young people to create opportunities for themselves with the help of key social institutions. It matches what we have tried to do at Calvin for almost 150 years now. We can't wait to begin this new relationship."

Le Roy says the performance improvement of Kalamazoo Public Schools has outpaced the improvement rate of the rest of the state. He credits the Kalamazoo Promise as a key factor in that progress.

“There is an unfolding success story happening in Kalamazoo,” he added, “and we are honored to be a part of it.”

Previously there were 43 state-supported universities and community colleges available to Kalamazoo Promise students. The recent donor decision bumps the options to 57 and now gives Kalamazoo students the opportunity to decide between public and private four-year colleges as well as two-year options. In addition to Calvin other MCA members are Adrian, Albion and Alma colleges, Andrews University, Aquinas, Hillsdale, Hope and Kalamazoo colleges, Madonna University, Marygrove and Olivet colleges and Siena Heights and Spring Arbor universities.

Le Roy noted that the MCA agreement will function a little differently than the current relationship between the Kalamazoo Promise and the state's public universities and community colleges.

Kalamazoo Promise students who go to an MCA school will still be able to get a 100 percent tuition and mandatory fees scholarship, depending on how long they have been attending the Kalamazoo Public School system.

But, the Kalamazoo Promise will pay the published undergraduate average tuition and fees for the College of Literature, Science and Arts, University of Michigan, Ann Arbor. The difference between that number and the tuition and fees at the MCA college or university will be taken care of by the MCA institution through institutional grants and other non-loan sources.

In this way the student is still able to attend a private college for free (assuming they are eligible for the 100 percent award), and The Kalamazoo Promise pays the same amount it would have had the student chosen a public school option.

In a recent op-ed piece in the Detroit Free Press, Bob Jorth, executive director of The Kalamazoo Promise, wrote that to date about 40% of Promise graduates are earning their degrees debt-free, and the median debt for others is less than $5,000. The Promise, he added, has contributed more than $54 million toward their education.

"These students," he wrote, "understand the magnitude of this gift, and many make efforts to pay this gift forward."

For Le Roy that idea of paying it forward makes Kalamazoo Promise students ideal candidates for a Calvin education.

"At Calvin we have a strong sense of mission that calls us to do God’s work around the world and around the globe: we are an academic community dedicated both to great teaching and significant scholarship, and we believe passionately in preparing global citizens to live and do transformational work in a diverse and interconnected world. We look forward to inviting Kalamazoo Promise students to become part of this project." 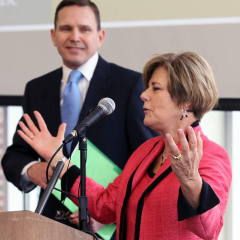