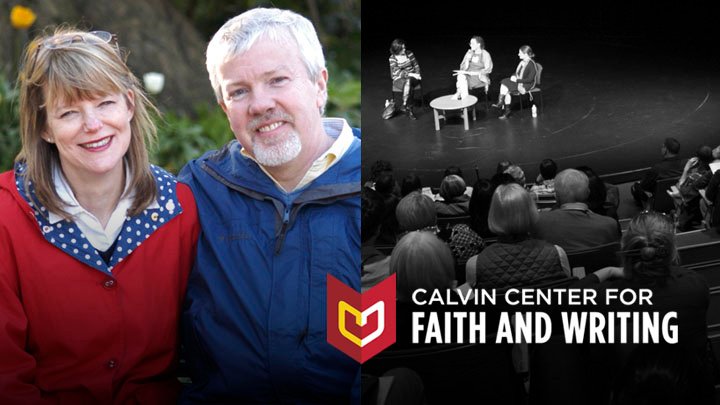 Bob Hudson, senior editor at Zondervan, remembers the dynamic tension between him and his friend Dale Brown back in the late 1980s, when they debated the value of literary fiction versus genre fiction. At the time, Brown was an English professor at Calvin College who was working with his colleagues in laying the foundation for a new kind of literary festival: one that was both seriously literary and deeply faithful. So in 1990 at what’s now considered the first Festival of Faith and Writing, Brown invited Hudson to participate in a session where the two would engage attendees in conversation about the merits of “Popular Christian Fiction.” This year, as Festival celebrates its 25th anniversary, it’s clear Hudson is still hooked.

From appreciation to generosity

Hudson and his wife Shelley, both literary enthusiasts and authors, have witnessed the value of the Festival’s hospitality and egalitarian mission during the past 25 years. That experience, in part, led to their desire to provide greater opportunities for students of all ages, including readers and writers, editors and teachers.

And that desire led the Hudsons to give a generous lead donation to establish the Calvin College Center for Faith and Writing.

“We’re absolutely delighted to have Bob and Shelley Hudson as the lead donors for the Calvin Center for Faith and Writing,” said Jennifer Holberg, professor of English at Calvin College. “Bob’s involvement in every Festival since the very beginning means he deeply understands—and has helped to grow—the work the entire English department has been trying to accomplish over the years. His wonderful history with us means he doesn’t have to be sold on the mission—indeed, the vision expressed in his and Shelley’s extraordinary gift helps us achieve that mission beyond what we could have ever expected.”

The new center’s mission is to celebrate a Reformed engagement with the written word, championing faithful and intelligent conversation about the intersections of religious belief and literature, broadly defined. The new center aims to carry forth that mission through ensuring the long-term sustainability of the Festival of Faith and Writing as well as pursuing new initiatives: by creating a Hudson-Townsend student fellows program, which will provide four students per year with intensive mentoring and extensive experience in publishing; by establishing a faculty fellows program for three faculty members per year in an effort to support the production of scholarship; by producing publications and podcasts; and by establishing the Hudson-Townsend institute for editing and writing for undergraduate students, recent graduates and community members (including working professionals) who are interested in professional preparation in publishing.

A coach at heart

At the heart of the Hudsons’ decision to make the substantial investment in the new center was a desire to spur on the next generation of writers. As Hudson puts it, “I want to encourage frustrated writers, like myself, to take their writing to the next level.” That’s something he has been committed to and successful at for the past 30 years. During that time, more than 70 students (largely from Calvin) have done internships with him at Zondervan, and many of his former students are now working professionally in publishing.

“I love coaching. I love mentoring. I’m just bubbling with pride when I think of the former Calvin interns who are now publishers and editors at major companies,” said Hudson.

One of those former students is 2009 grad Kathleen Merz, who is now the managing editor for Eerdmans Books for Young Readers. She said Hudson went out of his way to make her internship an educational experience, sharing everything he knew about books, publishing and the history of publishing.

“I’ve never met a person who has more passion for books, creating good books and the whole publishing process, and such a passion for working with students,” said Merz. “This gift that he’s giving the center is incredibly generous, and that’s just how he works as a person. I saw that with his time when I was an intern and now with this gift … He’s just a wonderfully generous person, and he cares so deeply about faith and writing and books and publishing.”

And Hudson’s coaching isn’t limited to students. In fact, while Hudson has been to every Festival, including leading sessions and attending talks, he says the highlight for him each year is providing advice and encouragement to aspiring writers of all ages.

“I actually don’t attend many sessions at all, but I spend most of my free time talking with people who have come with manuscripts who are frustrated, need some advice, need some encouragement,” said Hudson. “I see Festival as a public service, an opportunity to get information to writers, look at their book ideas, help them polish a proposal, improve a pitch line, kind of give them a book coaching session.”

Holberg and Jane Zwart, both English professors at Calvin, have been named co-directors of the new Center for Faith and Writing. Like Hudson, they prize the chance to equip and encourage other writers.  Indeed, strengthening writers—and readers—is central to their work as teachers.

“This new center is the culmination of such a rich heritage, the work of so many people’s hands,” said Holberg. “We’re grateful to be able to continue to provide more opportunities for our students and to expand that work to ever greater numbers of people.”

Zwart added, “Having worked on the Festival as both an undergraduate and a prof, I’ve seen the generosity it inspires—a contagious generosity that has inspired faculty and staff and students across campus as well, obviously, as those in the community that gathers for the Festival.  I can’t wait to see that generosity given more room to flourish.”

“We are deeply grateful to the Hudsons for their generous gift to launch the Calvin Center for Faith and Writing,” said Michael Le Roy, president of Calvin College. “This gift enables the college to provide intensive mentoring and research opportunities for our students, supports faculty scholarship and enables the Festival to continue to be generative in encouraging writers and readers. These are all good things identified as goals in the college’s strategic plan that will help strengthen and support the mission of the college.”

All are invited to a commissioning ceremony for the new Center for Faith and Writing scheduled to take place at 10:30 a.m. on April 14, 2016, in the Calvin Chapel. The 2016 Festival of Faith and Writing runs April 14-16. 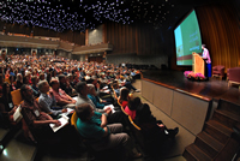 Kathleen Norris, an award-winning poet and memoirist, talks at the 2008 Festival of Faith and Writing. 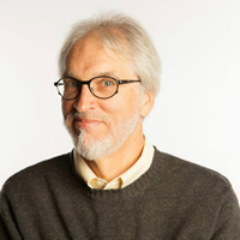 Dale Brown helped in shaping the vision for the Festival of Faith and Writing. 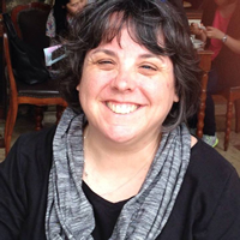 Jennifer Holberg, co-director of the Calvin Center for Faith and Writing 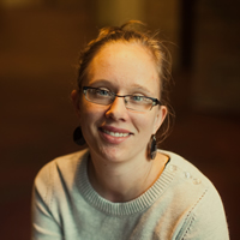 Jane Zwart, co-director of the Calvin Center for Faith and Writing