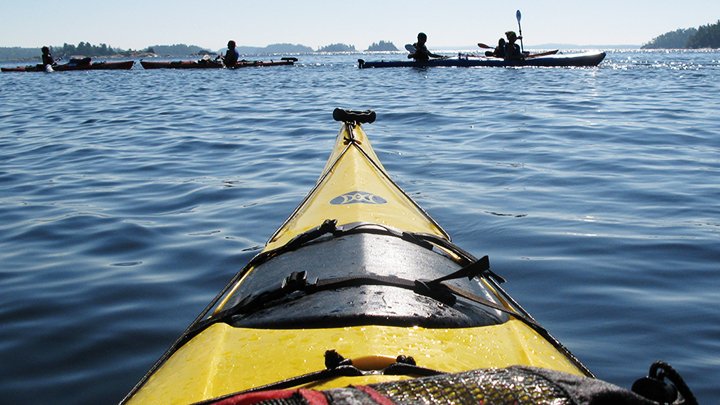 When the idea for interim studies at Calvin first was dreamed up in the 1960s, no one could have predicted the rich array of programs the college now has in the gap between its fall and spring semesters.

A committee was formed in 1966 to discuss and approve interim programs. At its first meeting, the group agreed that the objective of interim was to create a time during which students and faculty could “study materials, topics, problems and relationships which usually remain unexplored in the semester courses … and to study them in ways in which the formal structure of the semester usually precludes.”

Translation: Interim is a time of diving deep into the studies that excite and motivate learners.

Don De Graaf, who is on Calvin’s interim term committee and is director of off-campus programs, said interim was developed with a spirit of curiosity in mind.

“I think that the spirit of the interim is that it is a way to encourage students to think interdisciplinary,” he said, “to think a little bit creatively, to take something maybe not in their major, to foster intellectual curiosity, in a little bit more of a relaxed setting,” he said.

De Graaf said interim studies are a perfect illustration of Calvin’s mission to equip students to think deeply, act justly and live wholeheartedly as Christ’s agents of renewal in the world.

“It’s a commitment to experiential education, providing different ways to learn and creating opportunities to engage every square inch,” he said. “We talk about reforming and going out into the world and engaging all parts of our world, and I think interim gives us that opportunity. It allows us to not just use our heads or our minds to learn, but it also brings in a lot of our other senses in terms of just experiencing, seeing and hearing stories from other people.”

In early 1967, discussions began about creating a French interim abroad. It was launched as the first off-campus interim in 1968, and was followed by Dutch and German interims in 1971.

‘Dwell well wherever you are’

De Graaf says alongside the excitement and adventure students will experience as they study and travel, he hopes interim will offer something even more lasting:

“At Calvin, we talk a lot about creation, fall, redemption,” he said. “But I think for our interims, I like to think of it as wonder, heartbreak and hope. And that wonder is to see the wonder of the world, and to see the brokenness of it, too—to see some of the challenges that we face firsthand—but also to see hope in terms of where you can contribute to addressing some of those issues.”

“I also hope that it gives us a sense of learning to take risks and to explore and to have an adventure, but also to understand the importance of learning to dwell well wherever you are.”