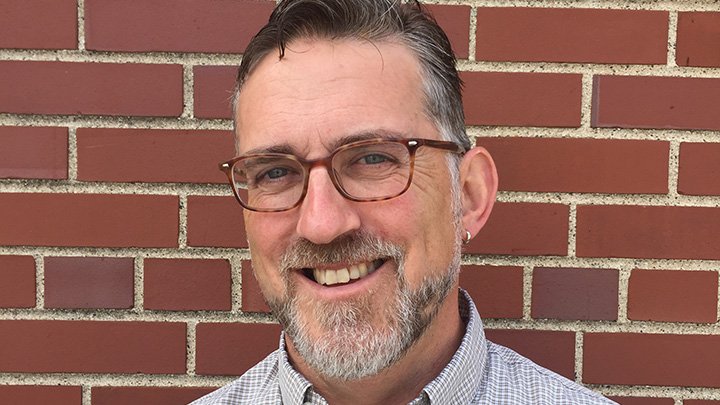 Paul Haan '88 is the executive director of Healthy Homes Coalition in Grand Rapids.

More than 5,000 children between the ages of zero and five tested positive for lead poisoning in 2014 in the state of Michigan. In Kent County, 465 out of the 610 children who had elevated lead blood levels in 2015 were from Grand Rapids.

“There’s basically a bullseye over the southeast side of Grand Rapids with a ton of kids with lead poisoning. That’s not right,” said Paul Haan.

Haan '88, who graduated from Calvin with a bachelor’s degree in communications and philosophy, worked with Creston Neighborhood Association from June 1988 to March 2000. He then served on the community institute leadership staff at Aquinas College as the Get the Lead Out! project coordinator, which led him to become the executive director of Healthy Homes Coalition which was created as a nonprofit organization in August 2006.

Although originally focused on eliminating sources of lead, Healthy Homes addresses multiple issues within substandard housing. “We made a commitment to always put lead [issues] first, but to very carefully move forward and work on other issues in the community as well,” Haan said.

Through Healthy Homes, Haan has been fighting lead and substandard housing issues for 10 years through grant writing, talking to funders, working with the state board and even going door to door to inform families about health hazards in the home.

Thus, the Healthy Homes team works toward eliminating sources of lead from homes and addressing various issues that can cause asthma, like carbon monoxide.

Haan sees major issues with subsidized houses, which make up many neighborhoods in impoverished communities. “In the future, we need to plan housing for people of all incomes, and that means housing that works for families,” he said. “That’s the big picture as we see it: sufficient, affordable, healthy and safe housing for families and kids. Right now, that’s not the case.”

Haan is grateful for the mindset and skills he began acquiring at Calvin that have been useful for his work since graduating. “Having an extremely quality education and awareness of things from the various perspectives has positioned me to be much more critical, analytical and engaged in [my work],” he said. “When I started at Calvin, I thought in very binary terms, but it’s not about either or—it’s about getting everyone together, for the benefit of everyone, for the reconciliation of the world.”

Through Healthy Homes, Haan hopes to engage in that reconciling work of the Lord by making right relationships in Grand Rapids. “One of the core values at the heart of this for me is, whether it’s community organizing or it’s this work [at Healthy Homes], it’s about reconciliation and making right relationships. I hope that Healthy Homes will be a prime mover in starting the momentum to actually clean up the lead in the environment in a meaningful, effective way—that, within a generation, we get rid of those sources. Relying on medication for treating kids with asthma is not the only way. Again, if kids have safe and healthy housing, we can combat that problem.”

Taylor Musil ‘16 is a summer 2016 intern at Healthy Homes Coalition. While taking the communities and organization social work course at Calvin, she and her class visited Healthy Homes.

“I remember being shocked as Paul layered maps with the racial makeup, income distribution and lead levels in Grand Rapids' neighborhoods. It wasn't just lead correlated with these communities—hazardous materials, poisonous runoff, and asthma are also more prevalent. It was the first time the semesters of readings and lectures came to life: my neighbors in Grand Rapids were in danger.”

“I enjoy getting to know the neighborhoods of Grand Rapids and learning from the other staff members,” Musil said. “I work on a staff with brilliant and compassionate minds. Their expertise in public health and community engagement is a great resource as I'm learning the ropes of the field.”

Musil hopes to continue in the social services sector for the next year or two and then pursue her masters in social work with hopes to ultimately be part of a community-based effort to reform policies related to safe, affordable and fair housing.