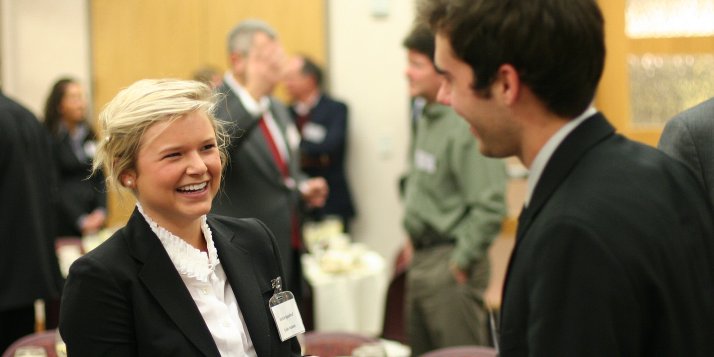 Calvin College students are among the national leaders in pass rates on the Certified Public Accountant (CPA) Exam. In 2012, nearly 75 percent of Calvin graduates passed the exam on their first attempt, ranking the college sixth nationally among medium-sized programs.

"It's impressive for two reasons. First of all, it's impressive because we're ranked number six in the nation, and there are a lot of accounting programs in this category," said Leonard Van Drunen, chair of Calvin's business department. "But, what's more impressive, when you look at the schools right around us, they have really selective programs."

Van Drunen points out that Calvin has a different philosophy than the other schools at the top of the list, like Cornell, Vanderbilt and the University of Chicago.

"Those schools are only admitting students who have high GPAs and SAT scores. We are taking students that are more typical kids ... and then we are helping them achieve these high pass rates," said Van Drunen. "You have to ask, how much value are we adding to young people here at Calvin College? If you could measure that, I would have to believe we'd be number one in the nation ... We are helping young people develop a lot in four years."

Overall, in 2012 Calvin ranks 38th nationally among 781 institutions, second in the state only to the University of Michigan.

The exam, which is administered by the American Institute of Certified Public Accountants is required in order for someone to receive state certification to practice accounting.