Bringing the station wagon back to life 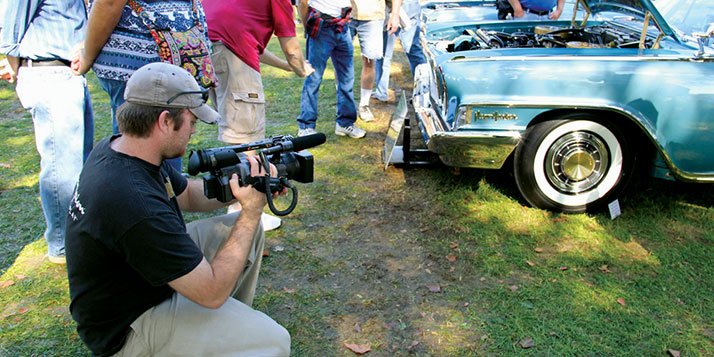 A new Calvin faculty member's documentary about the station wagon is up for an Emmy.

Mention the words station wagon and almost every baby boomer has a story to tell. Accounts of pre-safety-conscious days lying in the back of the wagon with the seats folded down and cross-country family vacations riding in the “way back” backwards—always seeing where you’ve been as opposed to where you’re headed—are standard associations with the iconic middle-class car of the 1950s, ’60s and ’70s.

“That’s the special something about this car and its story,” said Sam Smartt. “When I tell people about my film, they’re always more interested in telling me about their story of a station wagon.”

Smartt admitted the idea of a documentary on the station wagon first seemed a bit improbable. His colleague Christopher Zaluski came up with the idea after reading an online article about the death of the station wagon.

“It planted a seed for me,” said Smartt. “Are there people out there for whom the death of the station wagon was an absolute tragedy?”

The answer: Yes. “We banked on the fact that there were people who were still passionate about station wagons and that they were probably a little bit eccentric,” said Smartt, the soon-to-be newest member of Calvin’s communications arts and sciences department. So he and Zaluski, both master of fine arts candidates at Wake Forest University, set out to collect those stories for their thesis project.

“We’re not making fun of people; we’re on their side,” said Smartt. “Collecting station wagons is a little quirky, but that’s what makes a great story.”

The result, Wagonmasters, a 40-minute documentary, is a collection of vignettes about wagon enthusiasts woven together around the theme of the changing American Dream.

Web Trailer from Wagonmasters on Vimeo.

“In film, I believe you can educate and reflect while also offering an entertaining experience,” said Smartt. “This car that was once the epitome of the American Dream became the most uncool car people could imagine,” he said. “What does that say about the American Dream?”

The film has garnered attention from filmmakers, including being named 2013 “Best of Festival” by the Broadcast Education Association in the student documentary category and a finalist for the College Television Awards (the college Emmys), sponsored by the Academy of Television Arts and Sciences—the winner to be announced April 25.

Other current projects for Smartt, who will begin teaching at Calvin this fall, include a film on the impact of short-term mission trips, based on his experiences traveling with a singing group to Zambia, and the true story of a homeless 18-year-old boy struggling to provide a home and create a family with his soon-to-be paroled father.

“As a documentary filmmaker, Sam impresses me as a listener,” said Brian Fuller, media production professor at Calvin. “He values the stories of others in a way that is both humble and courageous. He seems willing to approach those lives which aren’t like his own and present them as worthy of audience attention. I’ve been lucky enough to view several of his films, and frankly, he makes beautiful pictures.”

Smartt is excited about the opportunities at Calvin. “I’m looking forward to being encouraged to incorporate my faith into my work,” he said. “It’s important to have Christians who are active in this field, and I’m excited to have mentors who are going to be able to guide me and help me think through this from a Christian perspective.”

Up first for Smartt, among other things, is a new class, “Social Justice Documentary Production and the Christian Worldview,” to be offered next spring. “This is something that I’m very interested in but haven’t had the chance to explore,” said Smartt, who will also teach classes in media production and digital media. “Those worlds do not overlap very much, and I’m interested in exploring why that is and how Christians should approach social justice documentary.

“I’m looking forward to engaging students in this process,” he said, “but I’m also looking forward to learning from the students. It’s definitely a two-way street. There’s no better way to learn about the culture than from the people who are immersed in it.” 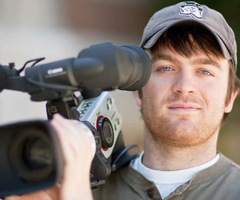