Biographies from another era 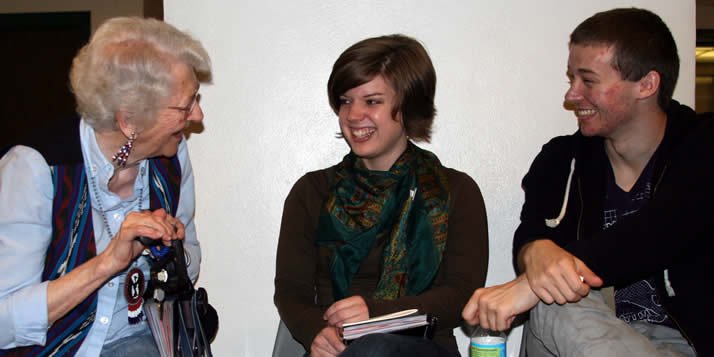 Part of the homework in psychology 209 is creating the life histories of older adults.

One part of the homework during spring semester for junior Erin Coggin and sophomore Libby Huizenga was to create the life history of “Art,” an older adult living at Leonard Terrace apartments. In some ways, this was an easy assignment because Art had lived an eventful life. He had lived in San Francisco in the 1970s. He had seen the Beatles and Jimi Hendrix live. He had marched in a few protests and had sat out a few others. “He talked about the prevalence of hippies a lot,” Coggin recounted.

In another way, the life history assignment was a big challenge for the two psychology majors. Art was functionally illiterate. “We couldn’t use a lot of words in our book, so we used a lot of images,” Coggin said.

On May 8, 2012, Coggins and Huizenga were waiting in the lobby of Leonard Terrace apartments to present their subjects with their finished life histories. With them sat the other student teams from “Developmental Psychology II: Adolescence and Adulthood,” and nearby sat a table holding cookies and punch. Each team carried two copies of their subject’s life history: one to keep and one to give away. Gradually, the residents of Leonard Terrace joined the students in the lobby, and everyone huddled over the albums.

The idea behind the project was twofold, said psychology professor Julie Yonker, the class' teacher: “One is to provide a service to these older adults.” Pairs of students interviewed their subjects about events in their lives from birth up until the present day. They then found a way to represent that life in words and images. “Some students will be incredibly creative and go to the scrapbooking store and make an elaborate album to present to this older adult,” Yonker said.

The life-history project also has a pedagogical purpose, Yonker said: Through the assignment, her students learn about older adults from something other than a textbook: “For them, older adulthood is very abstract,” she said. “Really, the only older adults they interact with and see on a regular basis are their parents.”

For some students, the experience was a revelation. Freshman Chan Jang, sophomore Kristie Plantinga and junior Katie Dozeman undertook the life history of 84-year-old Martha Hall. Born in Mississippi, Hall was the mother of 17 children, 62 grandchildren and 76 great-grandchildren.

“No problem,” said Hall, who sat next to her on the couch. She offered some advice on child-rearing: “You just have to have your rules, and don’t let them step out of line.”

“Martha has all sorts of wisdom,” Plantinga said, smiling. Hall was leafing through the highlights of her life. “They did a beautiful job,” she said.

For other students, the job seemed impossible. One team told Yonkers they couldn’t tackle the story of their older adult. Abused as a child, he had left home young and was estranged from almost all of his family. “The older adult said (he) would have liked to get a job in a factory, and the students thought that was so sad,” Yonkers said. “I told them, ‘But just look at what that person came from! … . That you could be a survivor was just an incredible thing to students.”

The project widened the students’ view of the world. Sophomores Raquel Botero and Stephanie Bennett loved listening to 67-year-old Migdalys Brugal talk about her native Dominican Republic. “She lived through the Dominican Revolution,” said Botero. “She was in her last year of high school. It made me feel that I was not aware of … the history of other countries. I didn’t even know that happened.”

Putting together Art’s life history similarly expanded Coggin's view of the world: “It was a good experience for us because we’re definitely prone to the ‘Calvin bubble,’” she said. “He’s not (from) that far away, and he’s had a very different experience.” (Art did not appear at the celebration, and Coggin and Huizenga arranged to have his album—containing images of his favorite model car and his hometown of Norfolk, Va., circa 1950—presented to him later.)

“It made me think about the purpose of life,” Huizenga said about the life-history assignment,  “and why we go to school and form families.”

Yonker is happy about her students’ responses to the assignment: “I actually had some students say, ‘I thought I wanted to work with kids, but I actually want to work with older adults.’” There was always a deeper purpose underlying the project’s pedagogical aims, she added: “I told the students, ‘You are going to go out there, and you are going to honor these people.” 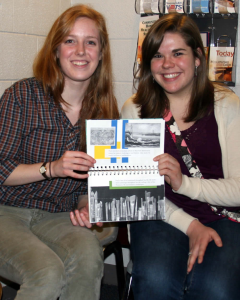 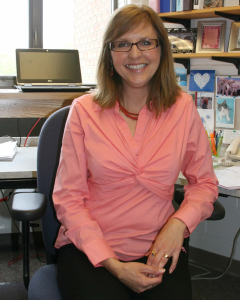 One Wrong Turn Led to a Lilly Fellowship