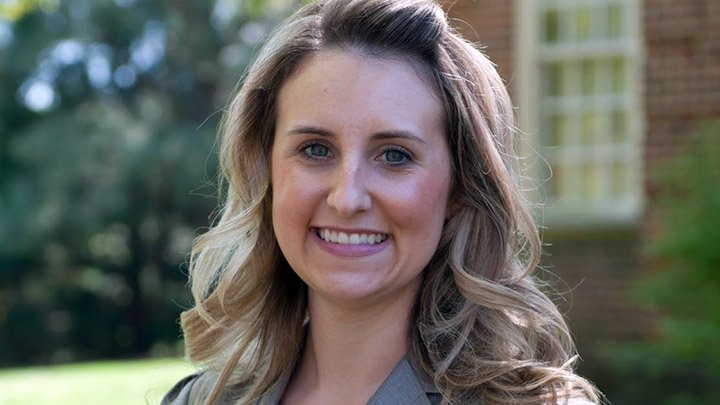 Abby Skeans, a 2008 Calvin graduate who studied international relations, doesn’t believe in separating her work into ‘secular’ and ‘sacred’ categories. Although her education and experiences across the world haven’t followed the traditional church definition of ministry, she is meeting some of the world’s most pressing issues head on with a heart set on reconciliation.

As both general counsel and senior associate for justice and child welfare at Clapham Group, Skeans handles the legality of the firm and addresses issues like education reform, mass incarceration, juvenile justice and foster-care reform. She approaches these issues from conservative-political, theological, and policy perspectives.

“The work that I’m doing is primarily finding commonality between my clients who are large philanthropic institutions and large nonprofits that don’t necessarily understand their relationship with unlikely allies,” she said. “Then I work on outreach to those communities and form partnerships that can create positive change for human flourishing.”

Since graduating from Calvin, Skeans has earned a law degree from Regent University School of Law. She’s also worked as the Justice Programme Administrator for Sixty Feet, a ministry in Uganda for imprisoned children, and as a coordinator for strategy and development for the Institute of Global Engagement.

With Sixty Feet, Skeans helped create a pilot program that enabled nearly 250 children to move quickly thorough the justice process and return to their villages in less than two years. “It was an incredible experience. We were working with prosecutors, defense attorneys and judges, as well as the Anglican Church and they were very helpful in creating diversion programs,” she said.

Currently, Clapham Group is consulting the Expectations Project nonprofit organization with a campaign called “Hope for Students,” which advocates domestic education reform for children so that they have access to quality schools. “We’re connecting that [campaign] with some gospel artists like Kirk Franklin and Propaganda to partner with the Expectations Project. It’s a really great overarching campaign to get more partners and some artists to raise the issue for people of faith,” she said.

Skeans’ time at Calvin heavily influenced her passion and understanding of world issues. “Calvin was critical to my understanding of shaping my worldview. It helped me broaden my perspective on the world and how we need to promote the dignity of God, regardless of our own inherent biases to bring about redemption of the kingdom in the here and now,” she said. “That radically changed how I thought about my profession – that I didn’t have to go into traditional ministry in order to make an impact.”

This mentality switch changed how Skeans thought about herself as well. “I think, through my work, that became more of my identity: the mediator, or a go-between. [That is] my favorite part of this job: bringing people together who think that they don’t agree on anything to have a conversation and realize that they’re both human, that they have a lot more in common than they realize and that there are things they can agree to work on together,” she said.

Skeans hopes to continue being a ‘bridge-builder’ for reconciliation and systemic reform by bringing resources, knowledge and power to others. “I think we’re probably closer in identifying common ground and common understanding to promote renewal than we think we are,” she said. “I always encourage believers to come from a posture of humility and grace, and sense what the Spirit wants to do in the world in bringing about shalom.”