An expert's take on the Syrian refugee crisis 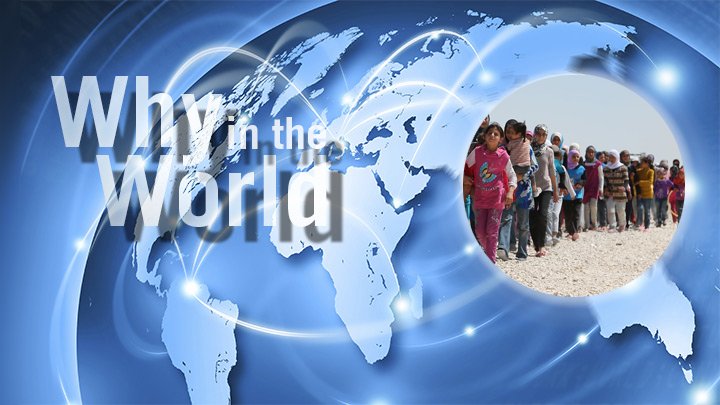 Focusing on today's headlines through a Reformed lens is the way Calvin thought leaders fearlessly engage with and boldly impact culture. Social work professor Joe Kuilema explores the Syrian refugee crisis' impact on refugees and their sense of belonging.

What does the feeling of “unbelonging” do to a person?

As Reformed Christians, we understand that humans are created in the image of a triune God, and that we are inherently relational. We are created for community.  Social workers would add that all persons exist in a relationship with their environment, and the systems that surround them, from the family to the nation. Refugees are ripped from these systems: their families are separated by death or necessity, their homes are no longer safe, their nation collapses. Cultural and religious practices, often sources of great comfort in the past, become stigmatizing in new places. Unbelonging is the source of tremendous trauma.

One of my favorite theologians, Miroslav Volf, would call this sort of "unbelonging" exclusion. We exclude the other because the other is not like us.  For those coming from a war zone like Syria, where they faced physical violence and death, this exclusion becomes another form of violence. Whether in subtle micro-aggressions or in overt racism or hatred, too often they are told they are not welcome. We here in the United States participate in this "othering" when we are willing to spend more on war than on the victims of war. As Christians we must always remind ourselves that each of these human beings was created by God, a little lower than the heavenly beings, and is precious in His sight.

What is the impact on the host countries?

Many of the countries currently bearing the brunt of this crisis had no role in creating it, and fewer resources to deal with it. Turkey, a nation where the per-capita GDP is about $17,000 compared to $55,000 in the U.S., has spent almost $8 billion dollars housing 2.2 million refugees. One of our social work graduates is currently working in Hungary. Hungary has been vilified by some in the media, and there have indeed been extremely insensitive remarks from some politicians like Prime Minister Viktor Orban. On the ground, however, many are working as hard as possible to help refugees navigate through the nation and onwards towards Northern Europe. The nations of Northern Europe have been reluctant to streamline the processes. Hungary is not a wealthy nation, and this reluctance is causing a lot of tension within Europe.

Politicians are debating whether to resettle the refugees or have them return home after the crisis dissipates. What are the ramifications of the two different philosophies?

Northern Europe would benefit from the resettlement of large numbers of refugees. While there is a degree of xenophobia from some elements in these societies, many recognize that they have aging populations, and that declining populations would be very difficult for everyone involved. There are concerns about refugees overwhelming social service provision in the already very generous Nordic countries, and some of that has occurred in towns like Malmo in Sweden, but my own sense is that in the long run refugees would strengthen these societies.

At the same time, as a social worker I would want to highlight the importance of home. Sometimes individuals in countries like Norway, or the U.S. for that matter, think that it's obvious that refugees would want to stay forever in their nation, because it is just so much better than the nation that refugees came from. That ignores the deep ties that people have to their homeland, to their extended family networks, and to their culture. Refugees are driven by necessity, and are indeed looking for a better life, but often only because the possibility of that life has disappeared in their homeland.