An expert explores the Zika virus' threat to public health 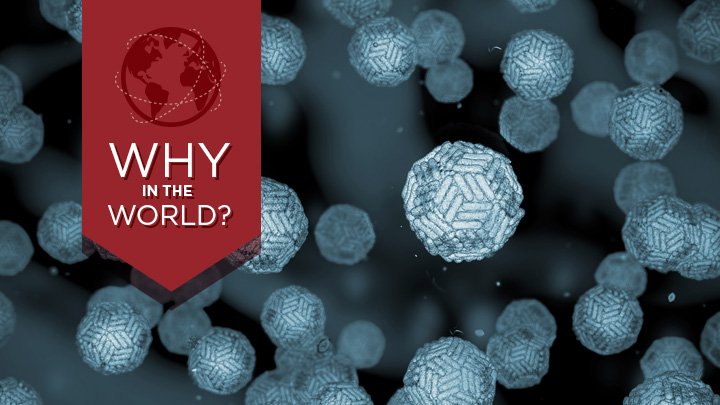 Focusing on today's headlines through a Reformed lens is the way Calvin thought leaders fearlessly engage with and boldly impact culture. Using her expertise in public health, biology professor Arlene Hoogewerf examines the Zika virus' threat to communities throughout the world and the best prevention methods to take.

Where did the Zika virus come from and what is the public health threat both globally and in the United States?

The Zika virus was first discovered in rhesus monkeys in the Zika Forest in Uganda in 1947. The first human cases occurred in 1952, and the symptoms experienced were mild, including fever, rash, joint pain and conjunctivitis lasting several days to a week. A 2013 outbreak in French Polynesia and a 2015 outbreak in Brazil suggested that an association between Zika virus infection and the neurological condition of Guillain-Barre syndrome was possible. A potential increase in the number of babies born with microcephaly was also observed in the 2015 Brazil outbreak. The World Health Organization suspects a causal relationship between Zika virus and microcephaly and declared a public health emergency in February 2016, calling for increased coordination of tracking, research and response to the virus and its effects.

What precautions should someone take?

Since the main transmission method is the bite of an infected Aedes mosquito, commonly found in tropical and sub-tropical regions, individuals who live in or travel to countries with current Zika virus transmission should reduce their exposure to mosquitoes by wearing light-colored, long clothing, using insect repellent, and sleeping in housing with screened windows or using insecticide-treating nets during sleep. The Centers for Disease Control and Prevention recommends that pregnant women postpone travel to locations where Zika transmission is ongoing, use condoms during sexual intercourse if a male partner has been in areas with active Zika virus transmission or abstain from sex. Because Aedes albopictus is present in the warmer regions of the United States it is possible that Zika could be spread locally in the United States. It is wise to remove objects that collect stagnant water and to avoid mosquito bites in these regions of the United States.

How difficult of a public health fight is this when you are fighting an almost invisible enemy?

While most infectious diseases involve causative agents that are unable to be seen with the naked eye, Zika infections are difficult to monitor because the symptoms are usually mild, are similar to symptoms of other infections, and only 20% of those infected display any symptoms at all. The need to identify Zika infections will require the development of diagnostic kits that do not cross-react with other similar viruses.

What viruses have we seen that are most similar to Zika? What makes them so similar?

The Zika virus is a member of the flavivirus family, which also includes dengue virus, the West Nile virus, the Yellow fever virus and the Chikungunya virus. These viruses have similar structure, the ability to spread rapidly and all contain single-stranded RNA as their genetic material. Viruses that have RNA as the genetic material tend to mutate more rapidly, making diagnostic kit and vaccine development more difficult. While there are already a dozen groups who have launched Zika vaccine development projects, a tested and widely distributed vaccine is probably still years away. Until then, reducing the source of Aedes mosquitoes and human interaction with Aedes mosquitoes is the best prevention.