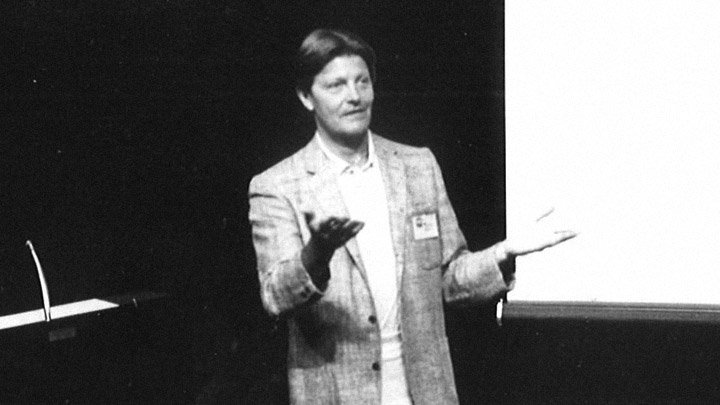 Edgar Boevé, founder of the Calvin art department, was known for his artwork and teaching that expressed praise and joy for God's redemption.

When Edgar first came to teach at Calvin in 1958, he was on a mission: to build an art program second to none among Christian liberal arts colleges. His mission would not be an easy one.

“It was a completely foreign idea to anyone,” said Boevé in an interview with Spark in 1995. “How does one in a Christian context be an artist?”

It’s a question that Boevé focused on daily in his 33 years as a professor and long after as a Christian artist. Known as the founder of the Calvin art department, Boevé died on March 6 at the age of 89.

“Edgar arrived at Calvin when education was almost exclusively verbal and primarily conducted in a classroom as a singular discipline,” said Helen Bonzelaar, a longtime colleague of Boeve’s. “He provided new thinking with a visual-awareness awakening to multicultural, interdisciplinary education.”

Boevé studied art at the J. Franklin School of Professional Art in New York City; he graduated from Calvin in 1953 and then earned a master of arts degree from the University of Michigan.

During his tenure at Calvin, Boevé served as the first chair of the art department, a position he held for 14 years. He also became president of Christians in Visual Arts, a group that regularly expressed what it meant for them to be in this profession.

“I became an apologist for art, and it forced me to articulate our idea about what is unique about a Christian artist,” said Boevé, in the 1995 interview.

In recognition of his influence on students, he was awarded the Faith and Learning Award by the Calvin Alumni Association in 1995, which recognizes faculty members who have successfully integrated faith and learning.

“Ed Boevé made a huge difference in my life, and I know that I am not alone,” said Henry Luttikhuizen, Calvin art professor and former student of Boevé’s. “Professor Boevé taught us to look for the connections between visual imagery and ultimate human concerns in a manner that did not deny the significance of line, shape, and color. To his understanding, the visual arts mattered not merely as a means of illustrating deep-seated feelings or ideas, but also, and perhaps more importantly, as things capable of eliciting praise.”

As Boevé himself put it: “Art must point to God, not in an attempt to redeem humanity, but rather to express praise and joy for God’s gift of redemption.”

Boevé and his late wife, Ervina, who served for 37 years as a Calvin theater professor, will also be remembered by the legions of theater students to whom the Boevés opened their home for dinner and festivities around theater productions.

“One cannot imagine Edgar without Ervina; they remain the Boevé team,” said Bonzelaar. “Team ‘E and E Boevé’ led people to recognize drama in worship. It led to liturgical renewal and worship through the visual in many Christian churches.”

His artwork, commissioned by many Christian high schools and churches, depicts many of Jesus’ miracles, teachings, and prophecies. His inspiration continues to lead Christians to worship through the aesthetics of visual symbolism, a form nearly lost in the evangelical tradition after the Reformation.

“Edgar understood the power of visual art as revealing essential cultural, community, and individual concerns. As such his work and lectures engaged and thoughtfully challenged viewers to look and respond,” said Calvin art professor Anna Greidanus, of her former colleague and professor. “…while addressing both form and content, Edgar challenged us to understand the significance of what images convey. My artistry and teaching, along with many others, was meaningfully shaped by Edgar’s over many years.”

Added longtime colleague Robin Jensen: “Throughout my career, Ed continued to inspire me in my teaching and artwork through his direction as art department chairman and his artwork dedicated to praising God.”

Boevé’s teaching, artwork and life was an inspiration to many.

“The fun of being Edgar’s colleague was the care the Boevé’s gave to design considerations and the delicious treats they supplied for faculty dinners at their home on the shore of Lake Michigan,” said Bonzelaar. “To them, art was not just what we hang on our walls, but how we live life.”

A retrospective exhibition of Boevé’s artwork will be on display in Calvin's Center Art Gallery through May 18. 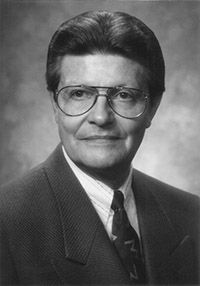