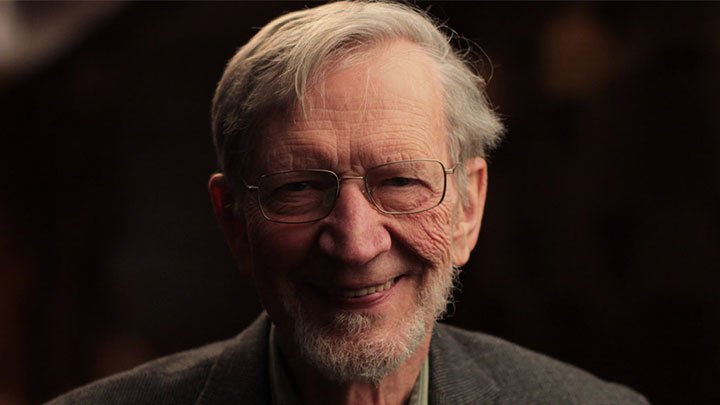 Alvin Plantinga, an American scholar whose rigorous writings over a half century have made theism—the belief in a divine reality or god—a serious option within academic philosophy, was announced today as the 2017 Templeton Prize Laureate.

The Templeton Prize, valued at £1.1 million (about $1.4 million or €1.3 million), is one of the world's largest annual awards given to an individual and honors a living person who has made an exceptional contribution to affirming life’s spiritual dimension, whether through insight, discovery or practical works. Plantinga joins an esteemed group of 46 prize recipients including Mother Teresa, Archbishop Desmond Tutu and the Dalai Lama.

“I am honored to receive the Templeton Prize,” Plantinga said. “The field of philosophy has transformed over the course of my career. If my work played a role in this transformation, I would be very pleased. I hope the news of the prize will encourage young philosophers, especially those who bring Christian and theistic perspectives to bear on their work, towards greater creativity, integrity and boldness.”

“At Calvin we urge our students and graduates to participate in the renewal and transformation of this world in the name of Jesus. To do so is a daring task and Dr. Plantinga’s revolutionary body of work in metaphysics, epistemology, and philosophy of religion has advanced the understanding and legitimacy of religious belief in a post-modern age,” said Michael K. Le Roy, president of Calvin College. “Calvin College congratulates Dr. Plantinga in this remarkable achievement and is honored to call him an alumnus and faculty member emeritus.”

Arguing for the existence of God

Plantinga did his undergraduate work in the early 1950s at Calvin College, from which he earned a degree in philosophy in 1954. He studied under Professor Harry Jellema, the founder of Calvin’s philosophy department, and credits Jellema’s teachings in helping to sustain him in the Christian faith through times of doubt and uncertainty and for helping set the trajectory of his adult intellectual life.

After Calvin, he received a masters and doctorate degree in philosophy from the University of Michigan and Yale, respectively. He then began his pioneering work in the late 1950s, a time when academic philosophers generally rejected religiously informed philosophy. In his early books, however, he considered a variety of arguments for the existence of God in ways that put theistic belief back on the philosophical agenda.

Plantinga’s 1984 paper, “Advice to Christian Philosophers,” challenged Christian philosophers to let their religious commitments shape their academic agenda and to pursue rigorous work based on a specifically Christian philosophical vision. At the same time, he was developing an account of knowledge, most fully expressed in the “Warrant Trilogy” published by Oxford University Press (1993 and 2000), making the case that religious beliefs are proper starting points for human reasoning and do not have to be defended or justified based on other beliefs. These arguments have now influenced three generations of professional philosophers.

Indeed, more than 50 years after this remarkable journey began, university philosophy departments around the world now include thousands of professors who bring their religious commitments to bear on their work, including Buddhist, Jewish and Muslim philosophers.

“Sometimes ideas come along that revolutionize the way we think, and those who create such breakthrough discoveries are the people we honor with the Templeton Prize,” said Heather Templeton Dill, president of the John Templeton Foundation, which awards the prize. “Alvin Plantinga recognized that not only did religious belief not conflict with serious philosophical work, but that it could make crucial contributions to addressing perennial problems in philosophy.”

One philosopher who nominated Plantinga for the Prize wrote: “Alvin Plantinga’s intellectual discoveries have initiated novel inquiry into spiritual dimensions. His precise and carefully developed insights have opened up intellectual-spiritual space. In the 1950s there was not a single published defense of religious belief by a prominent philosopher; by the 1990s there were literally hundreds of books and articles … defending and developing the spiritual dimension. The difference between 1950 and 1990 is, quite simply, Alvin Plantinga.”

Plantinga, 84, is the John A. O’Brien Professor of Philosophy Emeritus at the University of Notre Dame, where he taught for 28 years until retiring in 2010. Prior to that, he was a professor of philosophy at Calvin College in Grand Rapids, Michigan, for 19 years.

He is well published with 13 books and more than 100 scholarly articles. He has also given more than 250 public lectures, including more than 30 named lectureships throughout the United States and Europe as well as in China, Iran, Israel and Russia.

He has also received honorary degrees from Valparaiso University, the Free University of Amsterdam, Brigham Young University, North Park College and the University of Glasgow. Calvin College named him a Distinguished Alumnus in 1986.

Plantinga will be formally awarded the Templeton Prize on September 24, 2017, in a public ceremony at The Field Museum in Chicago.

About the Templeton Prize

The Templeton Prize each year honors a living person who has made an exceptional contribution to affirming life’s spiritual dimension, whether through insight, discovery, or practical works.

Established in 1972 by the late global investor and philanthropist Sir John Templeton, the prize is a cornerstone of the John Templeton Foundation’s international efforts to serve as a philanthropic catalyst for discoveries relating to the deepest and most perplexing questions facing humankind. The foundation supports research on subjects ranging from complexity, evolution, and emergence to creativity, forgiveness, and free will.

The monetary value of the prize is set always to exceed the Nobel Prizes to underscore Templeton’s belief that benefits from discoveries that illuminate spiritual questions can be quantifiably more vast than those from other worthy human endeavors. 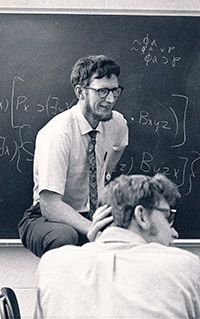 James K. A. Smith, professor of philosophy, Calvin College: “I’m so delighted by this news. Al Plantinga's work has changed the terrain of philosophy and even the academy more broadly. He has shifted the plausibility conditions of academic discourse, making room for faith in the halls of the university. An entire generation of us have become Christian philosophers because of his example and encouragement.”

Nicholas Wolterstorff, former colleague of Plantinga at Calvin College (1959-1989) and Noah Porter Professor of Philosophy emeritus at Yale University and currently a senior research fellow at the Institute for Advanced Studies in Culture at the University of Virginia: “Fifty years ago it was common to charge Christianity and other forms of theistic belief with being irrational; today, that charge is seldom heard. It is especially the work of Alvin Plantinga that has brought about the change.

“Plantinga's influence has come both through his books and many articles and through his teaching and public lecturing. Hundreds of graduate and undergraduate students have found his teaching compelling and inspiring. His public lectures have regularly drawn hundreds. On a recent lecture trip in Iran he was hailed as a rock star. He has ‘presence.’”