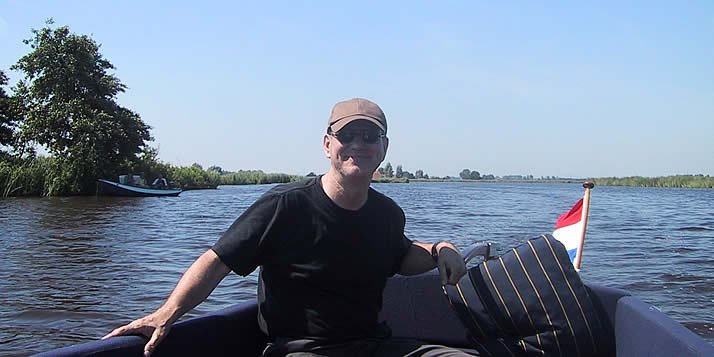 Images of the Netherlands—in paintings, photographs and films—have always had a significant impact on how Americans viewed the Dutch homeland, said Calvin professor of geology, geography and environmental studies (GEO) Henk Aay.

Images of the Netherlands—in paintings, photographs and films—have always had a significant impact on how Americans viewed the Dutch homeland, said Calvin professor of geology, geography and environmental studies (GEO) Henk Aay. Aay has recently earned a Fulbright Scholarship to live in the Netherlands, researching documentary films about that country.

The films he will study were made by the Dutch government and distributed throughout the U.S. from 1942 to 1974 by the Netherlands Information Bureau (NIB): “The Holland, Michigan, office of the NIB loaned hundreds of films about the Netherlands to schools, churches and other community organizations throughout a 22-state area,” said Aay. He will be screening a sizeable sampling of films from the NIB collection, comparing them with other documentaries about the Netherlands made at the time.

“Dutch-American relations have long been studied with many different topical themes and viewpoints,” Aay said. “This study will add a new dimension to this literature by focusing on cultural diplomacy via film.”

The American idea of things Dutch has been shaped by images that date back to the American colonial period. “At the beginning of the 19th century, Washington Irving’s  … drawings and presentations about the Netherlands were especially influential in America,” Aay said. Later on, Americans enjoyed the image of valiant Hollanders fighting against tyrannical Spain. And at the turn of the 20th century, Aay explained, the work of the Dutch Masters triggered Holland Mania—a passion for all things Dutch.

“These developments, including literary images, produced a visual representation of the Netherlands consisting of tulips fields, windmills and land parcels, everywhere separated by water. Nostalgia sustained much of this imagery,” He summed up. Aay wants to know how the films distributed by the NIB fit into the picture: “Did these documentaries affirm the earlier stereotypic portrayals of the Netherlands, or did they broaden the imagery?”

The topic is an important one, Aay said, because there has been little or no research done about the Holland, Mich., NIB. “The larger question of how visual materials … distributed by the Dutch government affected American perception of the Netherlands is also very relevant and groundbreaking,” he added.

A native of the Netherlands, Aay has been researching Dutch language and culture for 25 years. He has spent several sabbaticals researching at the University of Groningen and at the Free University in Amsterdam and has led 10 Calvin interim classes to the Netherlands. Aay has been the holder of the Frederik Meijer Chair in Dutch Language and Culture since its creation in 2006.

“Professor Aay is a master at explicating the cultural landscapes of different regions throughout the Netherlands,” said GEO chair Jonathan Bascom. “His knowledge of Dutch culture and landscapes is further informed by lengthy bike treks in the Netherlands and the fact that he hosts Dutch university students and professors during their visits to the United States … As a geographer, Henk is remarkably in touch with the landscapes presented in the film collection that he proposes to investigate.”

Aay’s Fulbright is one of two given to Calvin faculty this year. Calvin political science professor Amy Patterson also landed one of the prestigious awards to study HIV support groups in Zambia. In 2008–2009, three Calvin professors and one Calvin senior earned Fulbright Scholarships to study in China, Hong Kong, Kenya and the Netherlands.The Fulbright Scholars Program is sponsored by the U.S. Department of State, Bureau of Educational and Cultural Affairs and annually sends some 800 U.S. faculty and professionals abroad each year.

Aay will research in the Netherlands for four months, from March to June, 2011, at the Roosevelt Study Center (RSC) in Middelburg, the capital of Zeeland. The center specializes in research on Dutch-American relations and hosts several Fulbrighters every year. Currently, Aay is in Amsterdam with his wife Chris, leading Calvin’s semester program in the Netherlands. 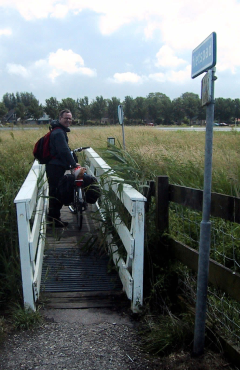