A slammin' start to summer 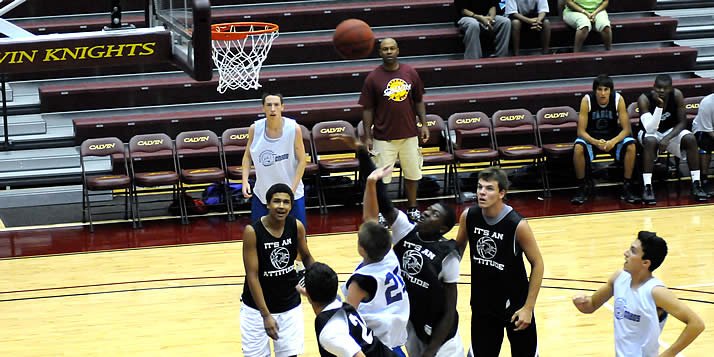 Of all the camps available to high school basketball players, the Calvin Summer Slam was the one at the top of the Hudsonville (Mich.) Unity Christian boys’ team’s list.

Of all the camps available to high school basketball players, the Calvin Summer Slam was the one at the top of the Hudsonville (Mich.) Unity Christian boys’ team’s list.

“This was the one everybody wanted to do the most,” said Unity Coach Scott Soodsma, whose team attended Calvin’s inaugural team camp last year.

The sentiment was similar among Ken Hiskes’ players at South Christian (Cutlerville, Mich.).  “It was a great atmosphere for our kids last year,” said Hiskes. “The tournament was very well run, and we had the chance to play some really good teams.”

The Calvin Summer Slam is a unique opportunity for Calvin to showcase the campus, in particular the new Spoelhof Fieldhouse Complex, according to Calvin’s men’s basketball coach Kevin Vande Streek. “We couldn’t do this without the facilities that we have now and the huge commitment from the development office,” he said.

High school basketball teams from around the country are offered the chance to play and stay on Calvin’s campus for three days. “Calvin provides the facilities, food and lodging supplemented by generous donors,” said Ken Erffmeyer, Calvin’s vice president for advancement. “It creates a great opportunity to bring students together and experience a taste of Calvin.”

Last year 12 boys’ teams participated, including teams from as far away as Iowa and Colorado. This year the field was expanded to 16 teams from Massachusetts, Illinois, Indiana and Iowa along with several local high school teams.

“This is the best team camp that I’ve been to,” said Tri-unity Christian (Wyoming, Mich.) coach Mark Keeler. “The competition is excellent.”

“The response to the camp was incredible,” said Calvin College coach Kevin VandeStreek. “It’s better than I ever hoped for. Bringing some of these kids in from around the country is a neat thing. Kids and their parents get to see Calvin and what we have to offer—many of the kids last year had never been to Calvin’s campus before.”

It also brings coaches together who at other times of the year may be adversaries or who have never met before. “It was fun to talk to guys who do a similar thing but in another part of the country,” said Hiskes.

Girls can play, too

Because of the success of the boys’ camp, a 12-team girls’ camp has also been added this year.

“Obviously we’re excited to get these schools from different areas on campus,” said Calvin women’s coach John Ross. “I think this is a great opportunity for all of the schools to become more familiar with our campus, our players and our program.”

“This is also a great place for high school athletes to experience what it would be like to attend Calvin,” he said, “and for us to showcase arguably the finest facilities in all of Division III.”

Like the boys’ camp, the girls’ camp will feature a tournament matching teams from West Michigan with teams from as far away as Iowa and Illinois.

“The most challenging thing for us was finding a date,” said Ross. The schedule of summer events in the Spoelhof Fieldhouse Complex is full, so squeezing in a weekend of games was difficult. Therefore the girls’ event takes place June 10-12 (immediately on the heels of the end of the school year for most high schools). The boys’ event is July 1-3.

“I think this is the best deal in the country right now,” added Ross. “Not only will the players get to play some great basketball, but they will have the opportunity to experience what it’s like to be at Calvin College.”

Tournament action is open to the public: spectators for the girls’ games are free; there is an admission charge for the boys. More information, including a list of teams attending and a detailed schedule of games, is available at www.calvin.edu/sports/summerslam. 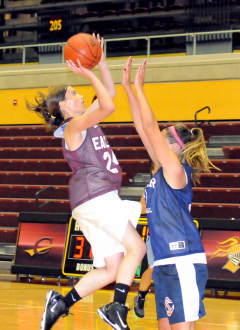 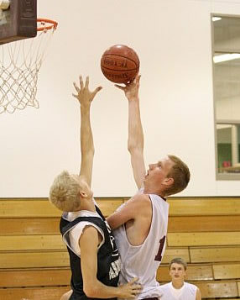