A Q&A on randomness and God's providence 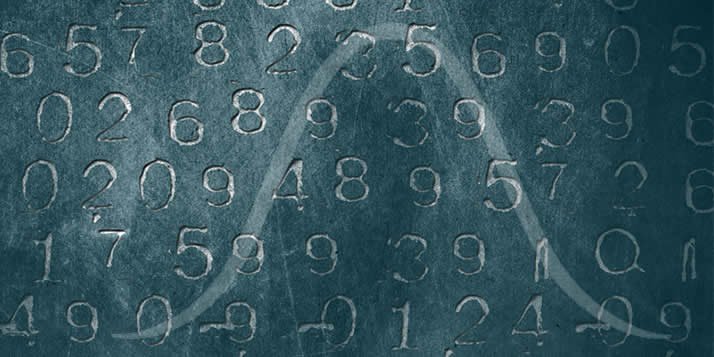 A $1.7 million grant from the Templeton foundation will allow Jim Bradley to study how "God can have it both ways."

Early in July, math professor emeritus Jim Bradley was awarded a $1,693,381 grant from the John Templeton Foundation to explore how randomness in the universe interacts with divine providence. Bradley, who retired Calvin in 2008, believes that the two are coexistent, and he’ll be using the Templeton grant to fund scholars and researchers who think likewise. Recently Bradley talked about randomness, the bell-shaped curve and how his work is countering the arguments of some popular atheists.

How did you become interested in randomness and probability?

I’m going to go all the way back about 35 years, and I was teaching an undergraduate course in probability theory. … If you just watch the phone calls that come in to telephone switchboards, and keep track of the time between these calls, they follow a well-known pattern. It’s called an exponential distribution. So the question is, why? Why should these calls from people follow a predictable pattern, when their behavior is not predictable at all? Well, the mathematical answer is that the calls are random. Each is independent of the others, and they could occur at any time. Mathematics assumes they’re random, but from the point of view of people making the calls, they’re not random at all, they’re very intentional. So, then I found myself thinking, ‘What do these things look like from God’s point of view?’; ‘Are these things really random?’ ;‘Are they intentional?’ ; ‘What are they? And it was 35 years ago, and I still don’t know the answer.

What made you think there was order to these patterns?

There’s another mathematical result, something called the central limit theorem. What it says in a nutshell is that you can take any pattern, no matter how wild it is, and if you take averages of enough selections from that pattern, they always form a bell-shaped curve. But this is amazing! Averaging is something so simple, that we learn very early, and it transforms anything—the wildest randomness you can imagine—into the simplest and most beautiful order.

So, it seems as if God has built something into the universe that manages randomness or that transforms randomness into orderliness. So, when I teach probability and statistics these days, and I put this central limit theorem on the blackboard, I put the words under it: “So God exists: QED.” It’s generally a good laugh, but I think it makes a good point. I think it helps students think about how God is a part of all that’s going on, even mathematics.

How did you pursue this topic after your retirement?

After I retired from Calvin, I spent a year at the John Templeton Foundation working for them: 2008 through–09. During that year I worked at Templeton, I presented this idea to them. It didn’t go anywhere. It sat in limbo for a while. And about a year and a half ago, I got a call from them. They had re-awakened their interest in it. So, then after I got that call, they said, “So, you’re going to have to put together that proposal.” But, finally, we put together something they liked and that I was happy with.” The thing that really made it click for them was this connection to divine providence—the idea that God is sovereign. He’s over all the world, and he seems to rule in a very loving way—but in the common usage, randomness seems to suggest aimlessness, purposelessness, chaos … Can God have it both ways? God seems to use randomness at a lower level, and God seems to transform that at a higher level. And so, in a nutshell, the aim of this project is to take that intuition and say that God can have it both ways and lay a solid theoretical foundation underneath it.

What does this project add to the contemporary conversation about God’s existence?

We see these new atheists like Daniel Dennett and Christopher Hitchens who say that if you look at the roots of biology and physics, reality is random and therefore meaningless and purposeless. And therefore, there is no basis for saying that God has any role in it. To me, it’s a classic example of the big lie: something a person says over and over again in a loud voice until somebody believes it, even though it’s not true.  Randomness can be highly purposeful – it’s an amazingly subtle way that God uses to manage the universe.

What is the John Templeton Foundation?

John Templeton was a very brilliant investor. He created the idea of the mutual fund. And he just had an incredible gift for spotting companies on the way up. So he made an enormous amount of money. But he was also an extremely bright man. He had been a Rhodes Scholar at Oxford, and he had an enormous curiosity.  And so he endowed this foundation, basically, to investigate a very eclectic mix of things he was interested in. Probably, their biggest single focus is things related to religion and science.

How are you going to use the Templeton grant?

We’re going to be funding a team of eight to 10 scholars, and we’re looking for the best people in the world who are qualified to look at these questions. So the main goal is to really put together a collection of scholarly studies of these issues: physicists, biologists, mathematicians, statisticians, philosophers and theologians. We’ll be writing scholarly articles and holding conferences on these subjects, and we’ll produce some popular articles as well. We have $1.3 million to give away …. Well, I’ve got the time to do it, right? 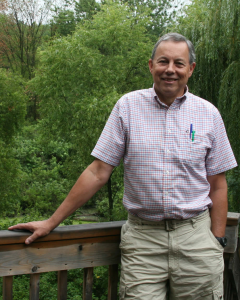