A crash course on propaganda 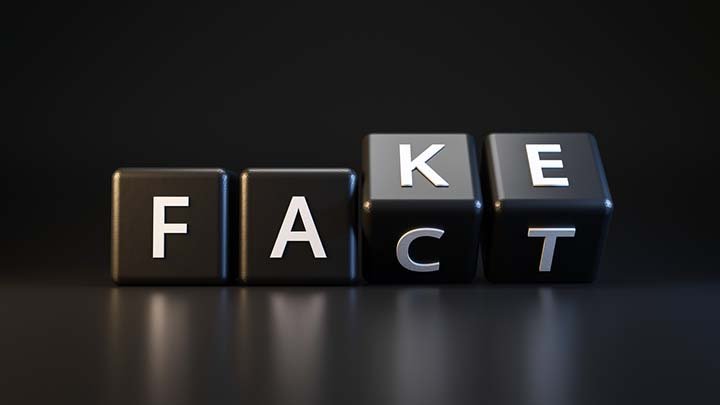 The situation happening with Russia and Ukraine has the world’s attention. And depending on where one sits in the world the narrative seen, heard, and believed can be radically different. Why is that so?

“Persuasion and Propaganda,” a class taught at Calvin University, offers some answers. Kathi Groenendyk, chair of the communication department, is teaching the course this year. She offers a crash course on propaganda in an effort to offer perspective on what we are seeing play out on the world’s stage.

There are conditions in society that have to exist: in short, isolated people who are looking to belong and who want easy answers to today’s complex problems, and they want to be able to act in some way. Propaganda answers all those needs.

How does propaganda spread?

Propaganda relies on mass media and the ability to totally surround people—think TV, ads, social media, billboards, etc. It totally consumes everything, and it also appears to be true, but you can’t really get a reference point to see if it is indeed true.

Why does it spread?

Propaganda gives you connection to the masses, gives you a sense of purpose, plays on sociological and psychological motivation. In the case of Russia, their country wants to feel strong and most of their propaganda is built around the strength and dominance of their country.

How does social media contribute to spreading propaganda?

Why social media is so effective in spreading propaganda is because one is not only receiving propaganda but also becoming an active participant when they share it. And social media sharing is often done without doing the necessary critical thinking, of asking questions like: ‘is this accurate?’ ‘Is this true?’ And because of the distrust of mainstream media, more people are relying on social media for their news.

How do you know if something you are hearing or reading is reliable?

I tend to look at Apple News because it pulls from a number of sources, the NY Times, and more conservative presses as well. I try to look at a variety of news sources, determine what they agree on, where do they disagree, and then I try to evaluate what seems to be the consensus.

For situations like the one in Russia and Ukraine, it’s also important to consult international news sources, like the BBC, to find out if they are reporting something that we are missing here in the United States.

How can someone position themselves to discern whether something is propaganda?

The book we read and talk about in class, Jacque Ellul’s Propaganda: The Formation of Men’s Attitudes, confirms that we are vulnerable to propaganda, that we could easily get pulled in. It’s important to recognize our vulnerability and to learn to ask certain questions. Can you find dissenting viewpoints? Can you hear opposing ideas and facts? And how can you evaluate those viewpoints and discuss them? Rather than relying on social media or a post, do some digging, ask ‘who is posting this?’ Is that information transparent? Propaganda is often hidden. We don’t know who is creating it and their purpose for doing so. If you can’t get at those answers, that’s a warning. You need to be able to evaluate, engage widely with differing opinions, and just be careful in terms of what you are taking in.

So, for our class, I tend to get students working with historical examples, so they have the proper emotional distance to critique it. Once they understand how it works in another era, then they are able to read current news stories alleging propaganda and say ‘yes, this sounds like the hallmarks of propaganda,’ or ‘no, this is just someone who doesn’t agree.’ They are then equipped with the ability to critique previous examples of propaganda.

What causes propaganda to lose its effectiveness?

Personal connections that can get you outside that view. So, connecting with individuals that have contacts outside of that propaganda bubble. If they are trustworthy, then that can provide a nice counter and a nice way to get some space. So, in Ellul’s book, he emphasizes the need to build up those meaningful communities, communities that can bridge some differences. That’s difficult to find right now given the polarization.

How prevalent is propaganda?