Where sports and history meet 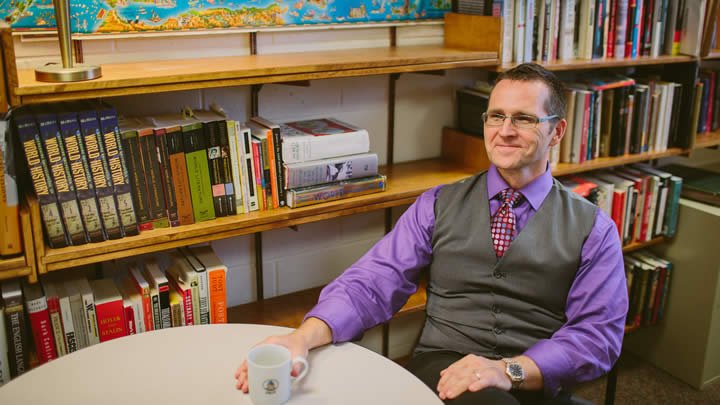 “Sports” and “history” aren’t usually regarded as two peas in a pod. But for Bruce Berglund, they are dual passions that spawned from his academic interests and experiences as both a sports player and referee. The latter afforded Berglund a deep engagement in sports that has endured to the present.

“As a kid, I played baseball, football, hockey,” said Berglund, a history professor at Calvin College. “But in terms of participating in sports, I was best at being a referee.” Berglund officiated high school football in Minnesota and Kansas, while he was earning his undergraduate and graduate degrees. He enjoyed being in the middle of the game but also above the game. “As a referee, I had to observe the game more carefully than the coaches, the players and the fans, but I also had to be dispassionate and removed from either side.” Berglund sees that view of sports as carrying over into his current projects.

Adding voices to the conversation

Berglund interviews scholars and writers for his podcast New Books in Sports.  In three years of doing the podcast, he has recorded conversations with historians, economists, political scientists, sociologists, philosophers and even a physicist who does research on sports.  His guests have also included journalists for The New York Times, The Sporting News, the BBC and sports media outlets in Canada, Australia and India.

Listeners shouldn’t expect to find the latest bestseller featured on the podcast. Berglund skirts books published by major trade presses in favor of those from university presses, which receive little attention in mainstream sports media. “The books on the podcast are not player memoirs or the 100 Greatest Moments in Michigan Football or coffee-table books about the Red Wings,” he said.

The subjects of the books also are not limited to North American sports. Berglund has spoken with writers about cricket in India, Australian rules football, English rugby and baseball in Taiwan.

Berglund has interviewed 125 different writers for the podcast. Most recently, he spoke with Lincoln Harvey about his book, A Brief Theology of Sport. Harvey is an English theologian linked with a group that promotes a conversation on faith and sport, led by Calvin kinesiology professors Brian Bolt and Julie Walton.

For those who want an introduction to the podcast, Berglund suggests his 2011 interview with German sports journalist Ronald Reng, on his book A Life Too Short: The Tragedy of Robert Enke. Reng had been friends with Enke, a goalkeeper on Germany’s national soccer team who committed suicide months before the World Cup in 2010.

“This book is about Enke’s battles with depression,” Berglund said. “It’s an amazing portrait, not only of an athlete, but of somebody struggling with depression. I would say that it’s the most moving and most gripping book that I’ve read.”

New Books in Sports is part of a larger collection of podcasts called the New Books Network, which has podcasts on history, politics, religion, philosophy, East Asian studies and other subjects. Last year, Berglund’s New Books in Sports garnered considerable and diverse traffic: 6,000-10,000 downloads per month and visitors from 112 countries, with 60 percent of overall visitors coming from outside of the United States.

Berglund’s podcast gets its best reviews from the authors he interviews. “Academics writing for a university press really appreciate the opportunity to talk about their research,” he said.  He sees the aim of his podcast as bringing their research to a wider audience and contributing to a more educated discussion of sports.

In addition to the New Books in Sports podcast, Berglund did graduate research work in sports history, and he’s taught a course at Calvin on sports in 20th-century Europe. This summer, he will be working with a McGregor summer research fellow on a research project in sports history.

“In recent years, I’ve developed more of a research interest in sports history,” Berglund said. A specialist in East European history, Berglund is interested in how fan loyalties are similar to national and religious identities.  “Because I’ve lived overseas and done research overseas, I’ve come to see that there are a lot of common elements to being a sports fan in other parts of the world,” he said. “But there are a lot of cultural differences. That’s what fascinates me as a historian: Where do those differences come from?”

In addition to his own research, Berglund is expanding his work in bringing others’ research into new media. As an offshoot from his sports podcast, Berglund is launching The Allrounder, an online journal that will feature the writings of academics and journalists. 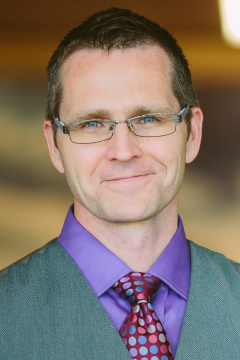