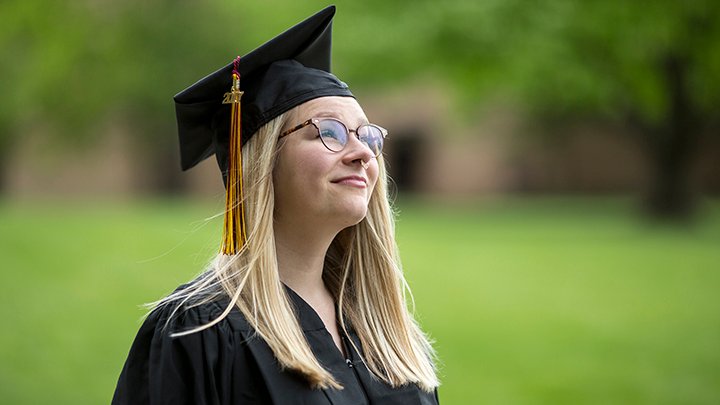 This summer, we’re following the class of 2017: Calvin graduates who are journeying around the corner and across the globe. Megan Pluymert is pursuing a Master's degree in urban and regional planning at Michigan State University.

What’s one thing you would want to tell someone starting his or her journey at Calvin?

Be opened-minded! I came from a family in which everyone was expected to go to Calvin. I was initially not looking forward to attending, but after my first two years, the cynicism faded and turned into a flourishing appreciation for all that Calvin is. Ultimately, Calvin gave me the tools to view issues in the world around us with a holistic understanding of renewal.

What do you miss most about Calvin? Why?

My professors, especially the personal attention and care they give. I also will miss learning from a Christian liberal arts perspective, as this unique point of view has allowed me to tackle problems in ways others may not think of.

How has your time at Calvin changed you?

My time at Calvin has allowed me to see things from a holistic perspective. Gone are the days where I come at a problem and tackle it only from my point of view. Because of my intersectional studies at Calvin, I have learned to see points of view that are different from my own from a place of respect.

What part of Calvin’s mission resonates with you, and why?

At Calvin, we are expected to be agents of renewal. At the beginning of my four years here, I often glazed over as professors began describing Calvin College’s mission statement. But now, I am able to not only understand what it means to be an agent of renewal, but I fully embody that term. Calvin has equipped me to go out in the world and make a real difference.

The success of Calvin grads goes beyond job titles, salaries, graduate degrees and employers as they pursue God's call on their lives. Still, the results are clear: Calvin grads get good jobs at places like Google, Pixar, National Geographic and Boeing, earn higher mid-career salaries than grads from other private colleges in Michigan (according to Payscale.com) and attend some of the best graduate schools in the country. Explore their stories.