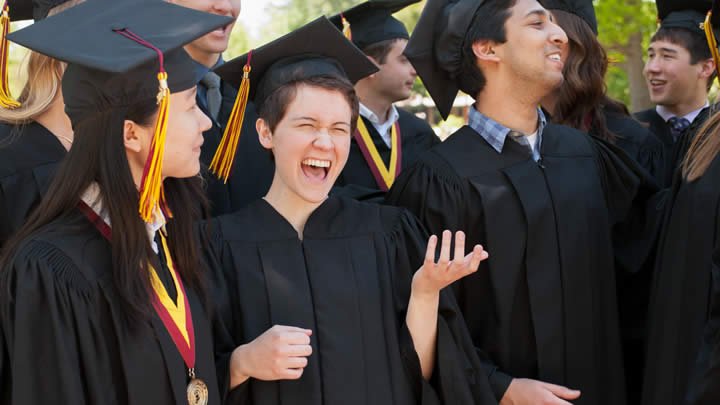 This summer, we are following grads from the Class of 2015 as they continue their journeys around the corner and across the globe. Jenny LaJoye '15 is a folk pop singer/songwriter who recently released the album "Vapor" and is heading to California this summer to help plant a church.

What’s fun about your workplace?

In both my current career as a singer/songwriter and my upcoming work with a church plant in California, I think the best thing about my “workplace” is that there isn’t one place. I get to meet new people at every show, and I look forward to getting to know the community in California. I get to find my “place” in people rather than physical space, - at least for a while – and that’s exciting.

What about Calvin specifically prepared you for this position?

The Calvin community is always looking for new music, and they are incredibly supportive of musicians. That was an unbelievable thing to experience as a singer/songwriter trying to get her career off the ground while in school. I could not be more grateful for the people at Calvin who jumped on board with my music, came to all of my shows, bought my albums, promoted me to their friends…I owe a lot to the Calvin community for that.

What class at Calvin had the greatest impact on you overall?

“Christian Worship” was the class that essentially convinced me to change my major to religion. It awakened my interest in the Church Universal, teaching me to think critically about the identity of the Church and how to practically embrace that communal and historical identity in the ways we worship.

How did your relationships at Calvin form who you’ve become today?

Living with some of my best friends, we all learned a lot about each other and about ourselves. This, I believe, was more a process of helping each other discover in ourselves what was already there, and less a process of change. It was never about needing to become someone else, but about being alongside one another, with all of our awkward differences and surprising similarities, and clumsily figuring out how to love, which is what we were all created to do, anyway.

What was your favorite space on campus? And why?

The practice room hallway in the CFAC. I came into Calvin as a music major, and that place was my home. Right through the end of my Calvin career, that hallway continued to be a sort of sacred space I could visit between classes or during breaks. There’s a distinct culture there, – a rhythm that adds life to my own - and it is unparalleled by any other part of campus. 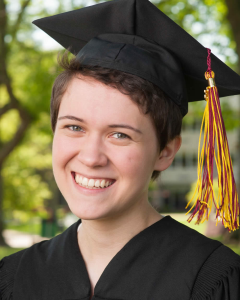 The success of Calvin grads goes beyond job titles, salaries, graduate degrees and employers as they pursue God's call on their lives. Still, the results are clear: Calvin grads get good jobs at places like Google, Pixar, National Geographic and Boeing, earn higher mid-career salaries than grads from other private colleges in Michigan (according to Payscale.com) and attend some of the best graduate schools in the country.