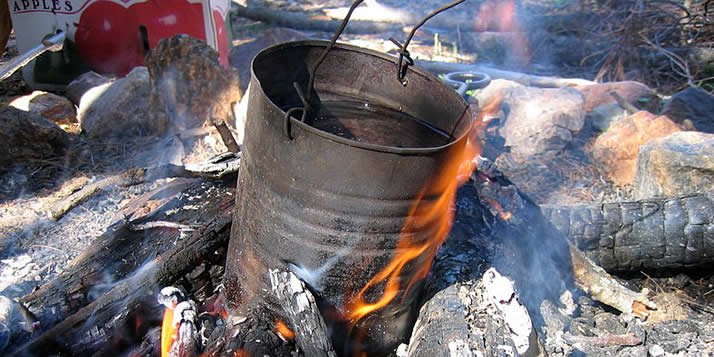 We moved to Surrey, B.C. when I was 12 years old. For the first time, we had a self-cleaning oven, complete with a sliding lock. I enjoyed playing with the lock when the oven was off, sliding it back and forth just because. On Thanksgiving Day, when the turkey was in the oven, I decided to show my mom and sister how the lock just slid back and forth no problem. Only ... it didn't. I accidentally locked the turkey in the oven! Everyone started panicking, because there was no way to get it out! It was going to burn up in there, and there was nothing we could do! Eventually, we figured out that we had to turn the oven off and wait for it to cool down before we could unlock it. It was a very tense half hour as we waited for the oven to cool down enough, but it did, and when the turkey was finished cooking, it was the most delicious turkey we've ever had!

I have a large family, but they've always been spread out around the world.  One year, when I was in high school, it seemed that most of my extended family would be in the same country, indeed the same state, for thanksgiving. My uncle, aunt and four cousins had come to the States from central Africa for a year, my grandparents had moved to the Midwest from Belgium, and another uncle was only one state south of us.

My mom agreed to host the highly anticipated event. About 20 people circled around the tables. Instead of just one “kid's table,” there were two this year. I was at the “older kids table” with my cousins.

Mom's pumpkin pie is famous, and is one of the most anticipated pieces of Thanksgiving. When the pie came out, the kids were served first. The first bite disappointed. So did the second. “This isn't as good as I remembered,” one of the kids said. By the third bite, I'd figured out what happened, and so, apparently, had my cousins. They reached for extra-extra large helpings of whipped cream to smother on the top.

“Don't tell her,” they said, “That'll just embarrass her. We can eat it just fine if we add whipped cream.” My cousins continued to eat the pie, although with less excitement than usual.

My younger brother was much more blunt, and, once we realized what went wrong, he seized the opportunity to help prevent further damage. “I wouldn't serve that to the adult table,” he told mom, “You forgot the sugar.”

To this day, every year mom will get at least one reminder about sugar.

On the day before Thanksgiving, I was unable to find a fresh turkey massive enough to feed all of our expected guests, so I ended up buying two smaller turkeys. The two turkeys appeared very cozy, nestled side-by-side in the pan and draping gracefully over the edges. So much for appearances. We came home from church on Thanksgiving Day to a house full of smoke, as the inconsiderate turkeys had been dripping fat all over the oven as they cooked.  Emily Post doesn’t recommend asking your guests to do the combat crawl under a thick layer of smoke to get to the table; fortunately, our guests were good sports. 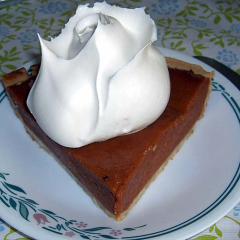