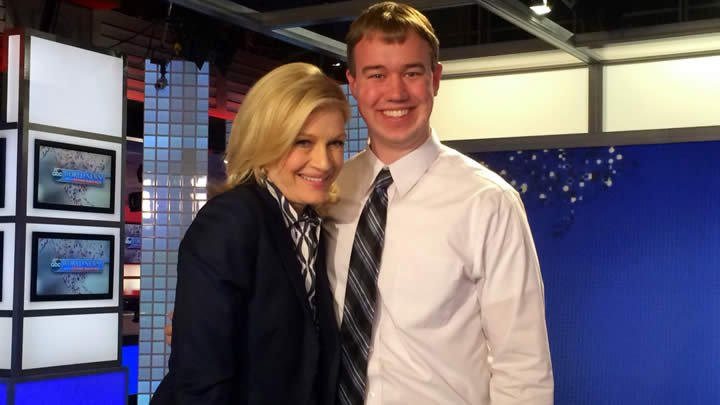 On Calvin senior Ryan Struyk’s second day as an ABC News intern in Washington D.C., he covered the State of the Union address.

“It was that moment that my eyes kind of opened,” Struyk reflected. “I realized that I would have the opportunity to learn a lot, give a lot and influence a lot during my internship.”

Struyk’s internship took him to New York City for a weekend. Struyk, who is a math and political science double major, has always been interested in political polling. So while he was in New York, he reached out to one of ABC’s pollsters.

“When I met [the pollster], I observed that he was willing to invest in me and he was an expert in his field. He recommended that I apply for his internship, and the rest is history.”

Struyk will be interning at the New York polling center for the Washington Post and ABC news this summer. He’s excited to put his math skills to use in the world of journalism.

Senior Cristina Ureña's internship in counseling and advocacy at the D.C. Rape Crisis Center also led to a job opportunity.

“I was talking to my supervisor and I told her I was trying to stay in D.C. [after graduation]. While we were still talking, she got an email from someone who had a job opening for me at the crisis center,” Ureña remembered.

Three of the other students who went on the D.C. semester—Ben Podnar, Janna Strodtman and Grace Gunawan—also found work through their internships.

Ureña thinks she and her classmates stood out in their internships because of their Calvin education.

“I do think that it has a lot do with the critical thinking skills and good work ethic that Calvin students have in comparison to other interns,” she said. “My supervisor sent me an email saying I was the best intern she’s had in the ten years she’s been there. I didn’t feel like I had done anything more than what I was used to doing because I worked so hard at Calvin.”

Struyk also found Calvin had prepared him well for his internship:

“I was worried going in [to my internship] because I’d only had one journalism internship, I had no TV experience and I’d taken two journalism classes. That was it. But the broader things I learned at Calvin—willingness to work hard, eagerness to learn, strong critical thinking skills—those things prepared me for [a journalistic] environment better than a minor in telecommunications ever could.”

However, the D.C. semester did not come without its challenges.

“Although I really appreciated my time at my internship, there were times when I would go to work and feel like I wasn’t doing anything worthwhile—like I didn’t know my place at the organization,” Ureña said.

While it was hard not always knowing her place at the D.C. Rape Crisis Center, Ureña also saw her broad job description as an opportunity:

“It gave me the chance to show them what else I could do. I just kind of made jobs for myself, and it turned out great.”

Getting to know the city

When they weren’t busy with their internships, the D.C. semester students took in the many cultural and historical sites D.C. has to offer.

“Washington D.C. is an incredible city to explore,” Ureña said. “There’s so much diversity and so many different neighborhoods and people to meet.”

In addition to exploring on their own, the students visited an organization or museum as a class each week. Although they enjoyed exploring many different parts of D.C., Struyk and Ureña both found the group’s visit to the Holocaust Museum particularly meaningful.

“The Holocaust Museum stands out in my mind, looking back,” Struyk said. “Not only was it heart-wrenching to learn the history, but it was interesting to talk with an art professor afterwards about how the museum was designed and why. That is liberal arts at its finest.”

Both Struyk and Ureña encourage Calvin students to consider spending a semester getting to know Washington D.C’s many museums and cultural landmarks.

And Struyk urged those who do sign up for the D.C. semester to “dream big” with their internships.

“Calvin students are frankly some of the best in the country. Several students on our semester worked for national organizations. So don’t limit yourself,” Struyk said, adding: “If you ever need inspiration, go to the Lincoln Memorial and gaze into the eyes of Honest Abe. You’ll get inspired.” 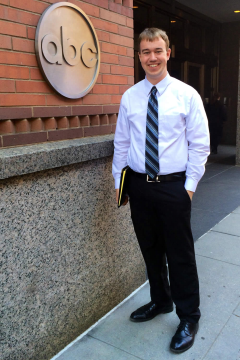 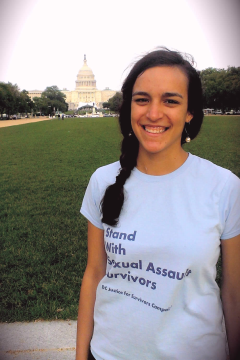 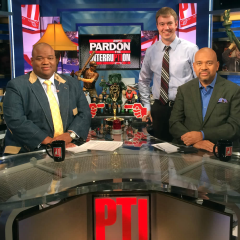 Ryan Struyk on the set of ESPN's "Pardon the Interruption"