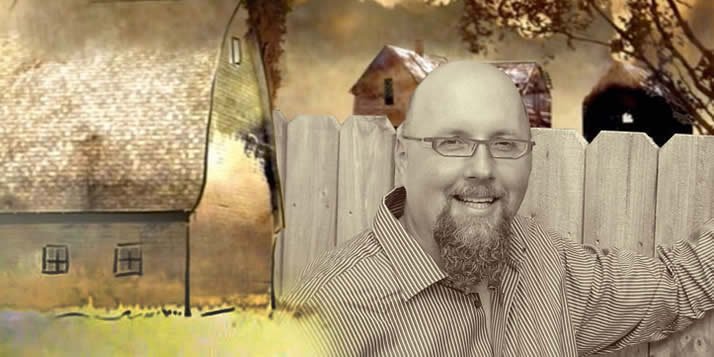 A Calvin professor's poem about Andrew Wyeth has been re-interpreted as a film.

Calvin English professor Lew Klatt believes Americans are an impatient lot: “If it can’t be summed up in a text message, we feel frustrated,” he said.

Impatience is a problem when it comes to poetry, Klatt explained. “Poetry is meant to be savored; there is a meditative quality about it. It’s meant to be read and reread.”

More recently, it’s also meant to be viewed. At least that is the case for 12 poems—one of them Klatt’s—selected from The Best American Poetry of 2011. Klatt’s “Andrew Wyeth, Painter, Dies at 91” was chosen by Motionpoems, an initiative that turns contemporary poems into short films for big-screen and online distribution.

Klatt, winner of the 2010 Iowa Poetry Prize, performed the reading and artist Tom Jacobsen did the pen-and-ink animated rendering of the poem. Together the visual product is designed to broaden the audience for poetry.

“Most artists are excited to be part of a collaboration,” said Klatt. “Who I see this benefitting is people who love poetry and people who love animation. It’s for people who are interested in various synergies in the arts.”

Jacobsen had freedom to illustrate the poem as he felt inspired to do. “It’s more like a translation, which I like,” Klatt said. “Something is lost, but something is gained. ... Arts are meant to cross pollinate; inspiration travels from one artist to another.”

Klatt’s poem is enlivened by Jacobsen’s undulating sketches of a weathered barn on a hilltop, a giant squid and cows within ink blots—all integral to the verse.

The result is a new way to make poetry more accessible. “A person might be more willing to take in a poem if it comes in a visual package, and it might inspire a person to find out more about the poet and the artist,” said Klatt.

Klatt’s work along with 11 others selected from the anthology will be made available both online at motionpoems.com and on DVD for presentations in classrooms, libraries, bookstores and other venues.

Klatt believes this new delivery of the written poem is valuable for people who don’t have much experience with poetry, but also for Americans in general. “Poetry is lost on fast-paced, consumerist-minded Americans,” he said. “We’re good at the fast and the quick. A project like this is helping us be the kind of human beings we were meant to be, which is thoughtful and reflective. It’s an antidote for our culture.”