In praise of Dutch women 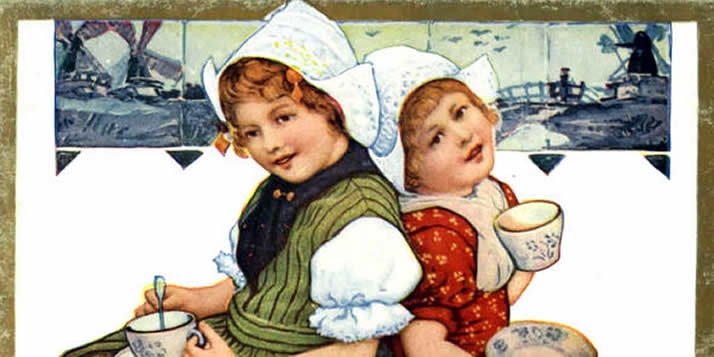 The Dutch women who emigrated to the U.S. built strong families and communities.

Once, while attending a conference on early immigration history, Janet Sheeres  heard that Jewish women who immigrated to America were out in the community doing good for society while the Dutch women were home reading the Bible and praying.

“I never forgot that,” said Sheeres, who herself is a Dutch immigrant. “It’s not that it wasn’t true,” she added. “There are just so many reasons why the Dutch women didn’t get out in the community much.”

Sheeres, a volunteer in the Calvin archives and a skilled genealogist, shared some of those reasons with attendees of a CALL (Calvin Academy of Lifelong Learning)-sponsored lecture, “Dutch Immigrant Women and their Work in Grand Rapids, 1880-1900,” earlier this month as a precursor to Women’s History Month, celebrated in March.

The history of first-generation Dutch women immigrants is not well known, according to Sheeres. “Of the 10,640 people who emigrated from the province of Groningen in the last two decades of the 19th century, 791 were single women,” she said, “but we don’t know much about them.”

What is known is that most of the immigrants during these years were looking for financial improvement.  “It was the poor people who emigrated,” she said. “The rich people didn’t need to leave.”

By the 1880s, The Netherlands was in utter economic decline, Sheeres said. “American farmers were flooding the market with grain, and the industrial revolution was passing Holland by,” she said.

America’s perception of the Dutch, though, was distorted by idyllic photos and paintings of windmills and tulips that were being widely used as artwork in calendars and in books.

“During this time (1889), a Dutchman (Edward Bok) became editor of Ladies Home Journal and plastered the magazine with cute pictures of Dutch little boys and girls in costume,” Sheeres said.

In reality, the women who came to America were not educated; they were extremely poor and worked as domestics or field laborers.  So what kept them from engaging in American society?

Sheeres said there were at least six factors that limited their participation. Language was one. “They had only learned basic English, but many still spoke only Dutch in their homes,” she said.

A second factor was the church. “The motto of the Christian Reformed Church (CRC) at the time was ‘in our isolation is our strength,’” said Sheeres. “They weren’t encouraged to mix with American society.”

Other factors were education, finances and women’s suffrage and, finally, the hierarchical system that was their heritage. In fact, the CRC Synod proclaimed, “When women come to the foreground in public life, the result is digression.”

The hierarchy in The Netherlands was firmly established, and working women were clearly at the lowest rung.

“Dutch women going into the greater culture of Grand Rapids was not encouraged, and they were not free to do it,” said Sheeres.

Sheeres believes this message is important because, overall, the Dutch, who by 1900 accounted for 40 percent of the West Michigan population, had a positive influence on the area. “The Dutch had strong family values and very little crime,” she said. “Herbert Hoover once said, ‘The Dutch descendants over here are never in prison and never in the poorhouse.’”

In history, Sheeres finds reason to salute these women for their hard work and not to condemn them. Even among her only family line—Sjaarda—Sheeres has discovered strong Christian women. “In tracing my own genealogy, I’ve discovered stories about my great-grandmother. She had two root cellars: one was full of food for her family; the other was full of food that she gave away to poorer people.”

And her grandmother, who is buried in a Dutch municipal cemetery with no headstone, because in the Bible it says, “Man is like grass, whose place is not to be remembered,” said Sheeres.

Sheeres has photos of both of these women in her bedroom. “My great-grandmother is holding a book, like she’s saying to me, ‘Tell these stories.’ They’re encouraging me.” 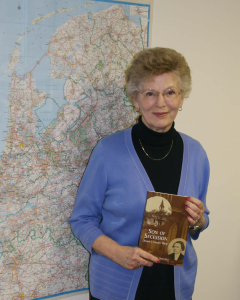 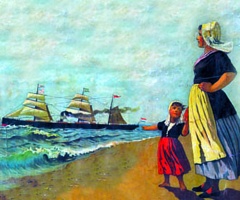 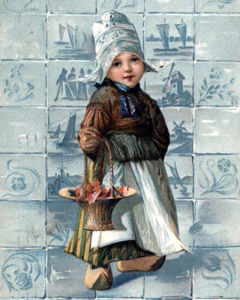