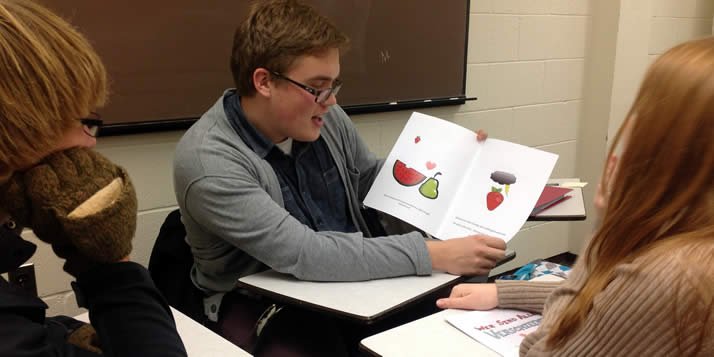 Those studying German at Calvin are learning from a prof whose "work and writings have changed the course of her profession."

While “language learning” might evoke images of vocabulary lists and flashcards, the approach to foreign languages at Calvin College is more comprehensive and multifaceted, according to Pennylyn Dykstra-Pruim.

“I think there are some stereotypes based on different people’s past language experiences from awhile back,” said Dykstra-Pruim. “You’ll run into people who will say, ‘I had German or Spanish or French way back in high school or college,’ and they have these memories of grammar rules, and vocabulary lists, and not remembering any of it. And it’s so different today. Language learning has really become a rich field of study, and it is still about learning a language, but the learning of the language is now a tool to really explore the cultures and the texts that come out of those cultures, and the social, and the economic, and the political, and the cultural issues and lessons and insights that we can learn from exploring a specific culture.”

Dykstra-Pruim is a recent recipient of an award from the American Council on the Teaching of Foreign Languages (ACTFL). She received the prestigious Nelson Brooks Award for Excellence in the Teaching of Culture, a national award given to a teacher and author “whose work and writings changed the course of our profession.”

She says the award is emblematic of Calvin’s foreign language departments’ emphasis on the cultural aspects of language learning.

“[The award] really indicates positive things about foreign language teaching at Calvin College,” Dykstra-Pruim said. “We’re not just about grammar rules and vocabulary lists; we’re about explorations of identity and seeing the world through different eyes and seeing ourselves from other perspectives. And this is so important in our global community, and in training our students to be more sensitive and aware and gracious as they engage across cross-cultural lines, and we are nationally recognized for doing this well.”

Corey Roberts, chair of Calvin’s German department, thinks that Dykstra-Pruim’s award is indicative of the quality of Calvin’s foreign language department as a whole.

“[At Calvin] we’re not just looking at language learning as something that’s kind of in a vacuum and doesn’t have any reference to real society,” Roberts said.

ACTFL encompasses foreign language educators of all languages across the nation; it is represented by more than 12,300 members nationwide.

Different sub-organizations under ACTFL can nominate teachers to be considered for the award. Dykstra-Pruim was nominated by the American Association of Teachers of German (AATG). Her work for AATG is extensive, including her chairmanship of a committee called the Culture Task Force.

“The Culture Task Force [looked at] how we should approach trying to teach culture in our language classrooms,” Dykstra-Pruim said. “That committee met for a series of years…[we had] a lot of support from the German government to explore how best to integrate the teaching of culture inside the German language classroom in North America.”

ACTFL’s criteria for the award requires that the candidate “be a foreign language educator who has contributed significantly to the teaching of culture in the foreign language classroom” and that “the impact of the contribution should have been felt over an extended period of time and have influenced large numbers of individuals.”

And that’s exactly what Dykstra-Pruim has done.

In addition to working on the task force, she has also helped develop two textbooks—multimedia curriculum packages—for the beginning and intermediate level of German language instruction in colleges and universities. Dykstra-Pruim says the two textbooks—Auf geht’s! and Weiter geht’s! are cutting edge and innovative in how they approach culture in language teaching. These curriculum packages are being used at Calvin College and 70 institutions nationwide, including Middlebury College and Harvard.

“That’s actually another area that Calvin has benefitted from,” Roberts said. “Getting materials that promote that kind of learning of language within a cultural context takes time to develop…so people have been thinking about that for awhile, but she has been pretty instrumental in getting the kinds of materials that you need to be able to promote that kind of language learning.”

The scope of Dykstra-Pruim’s work extends to other parts of North America and around the world. Recently, she contributed to workshops in Canada affiliated with the Christian Reformed Church of North America, and will assist with the Theological Education in Africa (TEA) conference in 2015.

Dykstra-Pruim’s long history of contributions to improving cultural language learning was a main factor in her nomination. “In some ways [the award] is kind of a continuation of and recognition of the things that she’s been doing well for a long time,” said Roberts.

Dykstra-Pruim also received Calvin’s From Every Nation Award for Excellence in Teaching in early 2013. 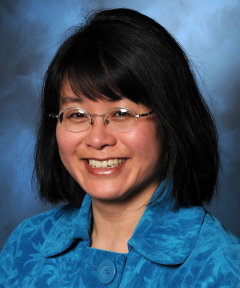 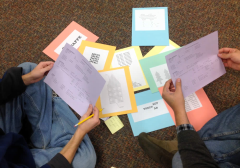