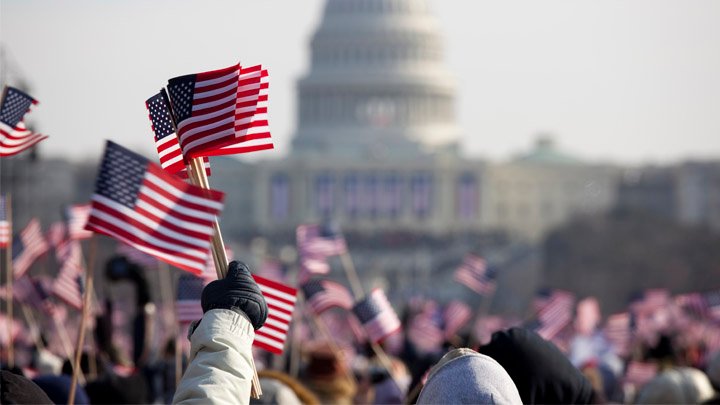 In 2015, only 19 percent of Americans said they can trust the government in Washington to do what is right “just about always” (3 percent) or “most of the time” (16 percent), compared to 73 percent in 1958 when the National Election Study first raised this question.

And considering the discourse of the 2016 presidential election, one might conclude that the same sentiments have carried into this year.

According to Calvin professor and political science chair, Kevin R. den Dulk, this trend of distrust in the American government speaks to a much larger and longer pattern of increasing alienation of citizens from their own democracies.

With levels of trust eroding in American institutions, den Dulk, who also serves as director of the Paul B. Henry Institute for the Study of Christianity and Politics, believes there has never been a better time to participate in conversation and address America’s urgent problems.

So, what does that look like? What does it mean to talk about these issues well and foster citizenship? How is Calvin going about that, especially in such a tense political season?

A recent example can be found in Calvin’s hosting of a Michigan Center for Civic Education (MCCE) Professional Learning Conference from July 18-22, 2016, where 25 high school government and history teachers from across the state of Michigan gathered at the Prince Conference Center to discuss teaching strategies and programs to implement in their schools.

“[The conference was] not an integration of faith and learning, but it fit with our mission in the political science department,” den Dulk said. “One of the reasons we wanted to bring this seminar to Calvin was because fostering good citizenship is a key goal for our political science department. We’re hosting it here in part to help teachers see new, innovative ways to foster good citizenship with younger people and working with students to practice that.”

Some of the ways Calvin fosters those practical experiences are through the Washington, D.C., program, the Model United Nations simulation weekend in Chicago and class excursions. The political science department seeks to help students refocus their attention on the ways the government is making decisions well, and how they can become better informed citizens.

“We want to introduce students and the broader community to the fact that there are lots of places where the government is making important and good decisions,” den Dulk said. “There are a lot of really important decisions being made every day by local agencies and different groups in Washington, D.C. It’s good work that our students can be involved in.

“We sometimes get so wrapped up in campaigns and the tenor of the national conversation that we forget that there’s a whole lot of good work the government is doing and can do, and our students really can and ought to be involved in all that work,” he added.

With that mission in mind, the political science department created “The Challenges for the Next President Series,” which began in February 2016. So far, these monthly discussions have focused on policy issues like immigration, the environment and religious liberty.

“We are, in our very small way, trying to bring the conversation back to these key things we ought to be talking about. We lose sight of the fact that this [election] is partly about the policy decisions that are going to be made by a president,” den Dulk said. “Democracy requires that we try to answer the question, ‘How are we going to live together?’ If we’re going to answer that question, we have to have conversations with people across lines of difference.”

“The Challenges for the Next President Series” will continue in the fall, discussing issues pertaining to the economy and foreign policy.