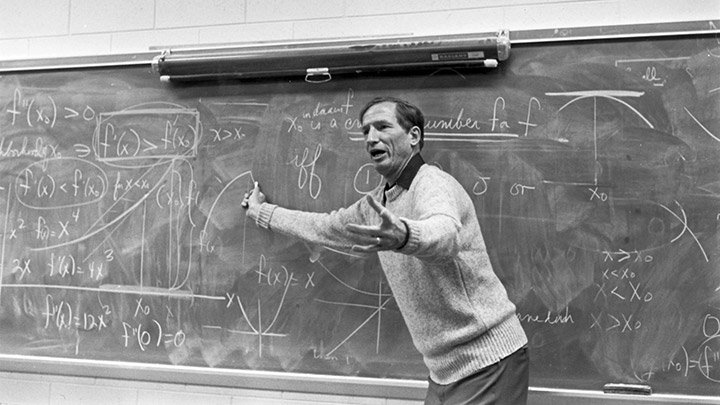 In his 35-year career as a mathematics professor at Calvin College, Paul Zwier always wanted to share his joy in the field with others. A former student once wrote of Zwier: “In his enthusiasm for mathematics and his desire to communicate it to his students, Dr. Zwier was a truly animated figure in the classroom. My mind still holds images of him running around the room, waving his long arms and drawing fairy tale analogies involving a princess and a prince in order to get his point across.”

Zwier, 86, passed away on Thursday, Aug. 21, 2014, after a seven-month illness. He graduated from Calvin in 1950 and then earned a master’s degree from the University of Michigan in 1951 and a doctorate from Purdue University in 1960.

He returned to teach at his alma mater in 1960, spending his entire career at Calvin, culminating in being awarded the Presidential Award for Exemplary Teaching in 1995. He also played an important role in the formation of the Association for Christians in the Mathematical Sciences and served as the organization’s president.

He experienced sweeping changes in the field during those three and half decades. “I don’t even think we had hand-held calculators yet,” Zwier once said, of his early teaching days. Computers, spreadsheets and scientific calculators were the technology of the day when he retired in 1995. “If it helps students come to love math, I’m all for it,” he said, at the time.

Colleagues, too, were influenced by Zwier’s exuberance for his field.

“His enthusiasm in the classroom was legendary—the chalkboard could not contain him—to the janitor’s dismay sometimes—and those in the next room knew that he was teaching,” said Zwier’s former student and colleague Mike Stob. “He was interested in all kinds of mathematics and was always willing to talk about what anyone was working on. In that respect he was a great encourager to the younger mathematicians in the department as they embarked on research careers. This continued well past retirement, and there was many a day when he was well into his 70s that he would be learning some new mathematics and would delight in talking about it.”

Added former colleague Gerard Venema: “Paul was on the faculty when I was a student at Calvin, but I missed taking a course from him because of the way schedules happened to work out. But even then I was well aware of his reputation as an inspiring teacher whose love for his subject was infectious. When I joined the Calvin faculty in 1979, Paul was a leader in the department. His devotion to teaching, scholarship, Christian liberal arts education and Calvin College were an inspiration to me.” 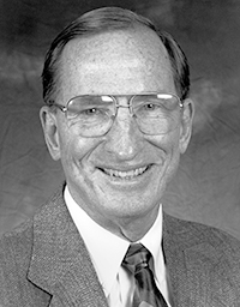