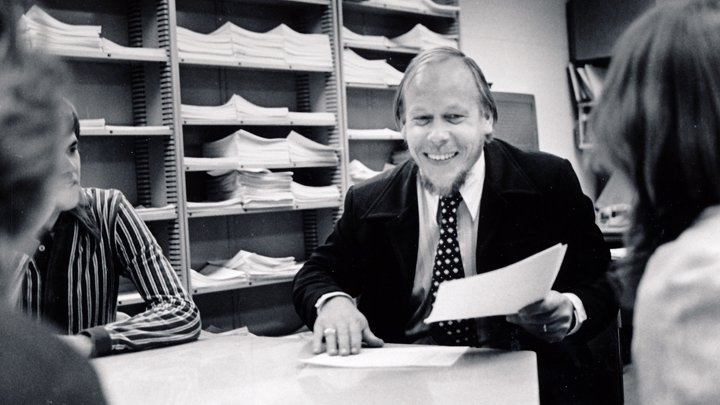 Jack Wiersma served in the education department at Calvin for 19 years.

At a time when few people had taken an interest in special education, Jack Wiersma championed the cause. His advocacy, along with former Calvin colleague Gil Besselsen’s, helped establish the special education program at Calvin in 1975.

He began his career at Calvin as an education professor in 1968, a year after his son Sherman was born with Down Syndrome. “Options for education back then weren’t very good,” said Wiersma, in a 2011 interview.  “When it’s your family, you start to think differently.”

Wiersma, along with Besselsen, decided to offer an interim course, “Laboratory in Special Education,” in 1970, to see if there was any interest among Calvin students. The class immediately filled. The duo then worked tirelessly to establish a program.

Wiersma articulated a rationale for the program, secured faculty approval of it and shepherded all students in the program for the first three years of its existence.

He and his wife, Dottie, were also the key figures behind the publication by the Christian Reformed Church of the Friendship Curriculum, which is used in the faith nurture of adults with intellectual disability.

“This was visionary work, and its fruit is the existence today of close to a thousand groups in both English and Spanish-speaking countries with more than 10,000 individuals using these materials worldwide,” said a former colleague. “As Jack said in the introduction to the curriculum:  ‘No longer need we cast stones before those who need bread.’”

During his tenure at Calvin, Wiersma also taught many educational psychology classes, and, towards the end of his career, specialized in supervising student teachers.