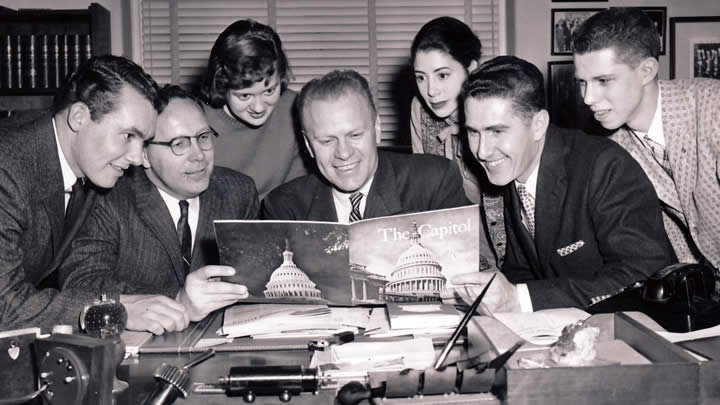 Remembered as an influential leader, but not a flamboyant one, Henry Ippel, Calvin history professor emeritus, died on April 27, 2015.

Ippel served as a history professor at Calvin for more than 30 years, including more than 10 years as the history department chairman.

“I remember his years as chairman fondly,” said former colleague Bert de Vries. “His leadership style was marked by unassuming pleasantness—service with a smile. “With Henry in charge, problems and crises were overcome before they were upon us. Henry’s affability and equanimity created an atmosphere that was seldom interrupted by rancor and made it a pleasure to be a member of the department.”

His area of expertise was British history, although he also taught the core class of Western Civilization and other classes as needed. In fact, upon his arrival, he taught political science as there was no such established department in 1951.

“I first met Henry in one of his classes at Calvin and was immediately struck by his formidable knowledge about English history and his natural dignity—qualities that I attempt to emulate in my own classes,” said William Van Vugt, a former student and colleague of Ippel’s. “His impact on my life was deep, especially after he and Ron Wells led a history interim to England in 1979. There, Professor Ippel’s passion for English history inspired many of us: for me, it helped shift my career goals from being a lawyer to being a professor, and it changed the direction of my life.”

Ippel grew up in Sheboygan, Wis., the son of a farmer. He attended the local Christian school, where he met Marian Ribbens, who would become his wife of 68 years.

After graduating from Sheboygan Central High School, he spent a few years working to raise money to attend Calvin, while also earning some college credits at the local college.

His education at Calvin was interrupted by World War II; he was drafted in 1942. Ippel spent three years as a staff sergeant in the Signal Corps for the U.S. Army.

Upon his return, he graduated from Calvin and from the University of Michigan. His three-decade tenure at Calvin was marked by his generous smile, gentle manner and sense of humor: “On one occasion when I was golfing with Henry, he swung hard and his ball nearly hit a dog. Henry wondered aloud whether his game had gone to the dogs or if the dog leg to the right had forced him to hit the ball in the same direction,” recalled Robert Bolt, Ippel’s former colleague and long-time friend.

While at Calvin and in homage to his youth, Ippel and his brother Les, served up Wisconsin sausages for the faculty cookout on the Manor House Lawn for several years. “The sight of the two of them garbed in white aprons and armed with spatulas and grippers in front of those rows of smoky pork-filled barrels made me think of them as the Wisconsin Bratwurst Mafia!” said de Vries.

A life of service

In his later years, Ippel devoted his time to the Rehoboth Christian School Community, spending many weeks in New Mexico helping preserve the history of that mission school.

“He led by serving and in so doing set an excellent example as to how a Christian life should be lived,” said Bolt. “Henry ‘washed the feet’ of others all of his life and thus followed Christ’s example.

“This unassuming Christian gentleman and servant significantly influenced my life as well as many others by living the life he lived,” he added.

Ippel is survived by his children, David and Barbara Ippel; Paul and Trudi Ippel; Charles and Sherri Ippel; Beth and Randy Zylstra; Timothy and Linda Ippel;  Robert and Mary Ippel; and Lester Ippel, 26 grandchildren and 38 great-grandchildren. He was predeceased by his wife, Marian.

A celebration of his life will be held on Mon., May 18 at 7 p.m. at Holland Home’s Raybrook Manor Chapel. Visitation with the family will occur on Sun., May 17 from 7–8:30 p.m. at Raybrook Manor’s Friendship Room. 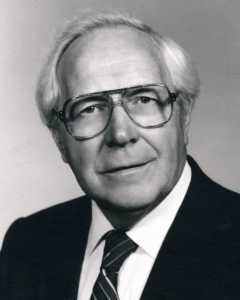 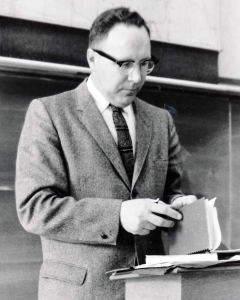