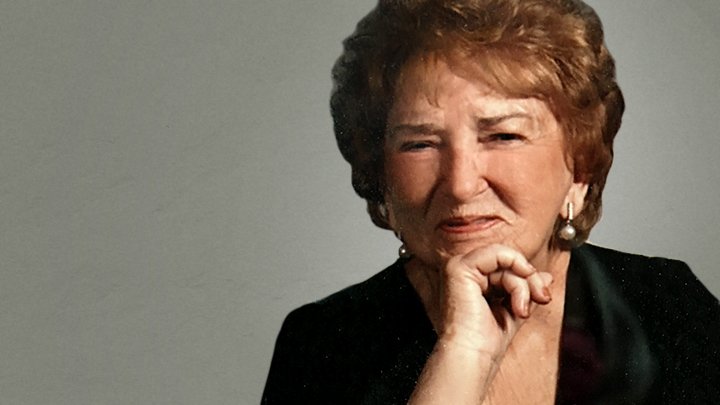 In the early days of the Calvin Spanish department finding qualified teachers was a challenge; finding native speakers of the language was a coup that few universities even dared to hope for. When Elsa Cortina providentially showed up at Calvin in 1965, far from her home in Camaguey, Cuba, it was clearly a perfect match.

Cortina would spend more than 30 years serving the department. Starting as a part-time instructor, she would later chair the department from which she retired in 1990. Cortina, 94, died on May 2, in Miami, Florida.

Cortina received a doctorate in education in 1951 from the University of Havana. While there she met fellow student and her future husband Carlos Cortina, who had an interesting roommate: Fidel Castro.

Upon graduating, Elsa began a private school, where she served as both teacher and principal: Carlos was an up-and-coming lawyer. But the Cuban Revolution would change the Cortinas lives. Having spoken out publicly against Castro and the Bay of Pigs Invasion, Carlos’ was in danger, and the young couple was forced to flee Cuba as refugees to America.

The Cortinas would first become acquainted with the Christian Reformed Church in Miami. Ten months later, they moved to Grand Rapids so that Carlos could attend Calvin Theological Seminary.

While in Grand Rapids, Elsa began washing dishes at a local hospital, but her teaching abilities soon earned her a position at a local high school and eventually Calvin.

“She was quickly noted as an excellent teacher,” said Marilyn Bierling, a former student and colleague of Cortina’s. “I remember being greatly inspired by her and learning a huge amount. It was especially helpful that she was a native speaker of Spanish, who could also teach us about her culture.”

In fact, she frequently shared details of her life with students.

“The stories she shared about her life in Cuba under Fidel Castro were beyond fascinating,” said Marcie Pyper, another former student and colleague. “She always believed that students learned Spanish best through communicating in the language. She carried that out expertly in her intermediate and advanced classes, and it also served as the seed for her desire to develop a semester abroad program in Spain.”

It was Cortina who initiated Calvin’s first semester abroad program in 1983, leading the way for many more to follow.

“Calvin has long been a leader in study abroad, and those semester-long programs began because of Elsa’s commitment to having a program in Spain,” said Calvin Spanish professor Cynthia Slagter.

As a relative newcomer to the department in the early 2000s, current department chair Dwight TenHuisen found Cortina to be very supportive.

“Elsa and I shared a deep love of Spain and the importance of study abroad,” said TenHuisen. “We also both loved a good Spanish meal with good wine and good friends. When I first directed the program, I was a young and green professor, who was still trying to find his way. ...Elsa had vast experience directing the program, and she had developed relationships with countless people in Denia.

“Whenever I was faced with a difficulty or dilemma, I could always seek her advice and wisdom, and she shared it generously and always with a kind spirit.”

Cortina remained deeply committed to Calvin following her retirement. For many years she continued to teach in the semester abroad program. Later, she was the focus of the “Elsa Cortina Project,” which was developed by Pyper and Slagter as a teaching aid for Spanish students.

A collection of Cortina’s biographical narrative, the project encourages students to gain an understanding of a real person as part of a larger community and historical context. Video interviews with Cortina provide the material for engaging exercises for students.

Having taught thousands of students at Calvin and her continuing influence through this project, Cortina is remembered for her graciousness and love of students.

“She was a godly woman, highly esteemed and dearly loved by her colleagues and students at Calvin,” said Pyper. “I owe so much of my life direction to her faithful influence in my life.”

Added TenHuisen, “I’ve had just a few people in my life who I think of as mentors, and I will always think of Elsa as a kind, gentle, and wise mentor who was there to offer support and advice at a very important time in my life.”

Cortina is survived by her daughter Elsa Kramer, three grandchildren, and nine great-grandchildren. She was preceded in death by her husband, Carlos.

For those wishing to donate in Cortina’s honor, the Elsa Cortina Scholarship was established at Calvin to enable students to study in Spain.

"She was a wonderful ambassador in the earlier days for study abroad, and all of her students really loved her. ...What I remember most was her gentle, yet strong, spirit."