“Music is for everyone,” said Dale Topp, upon his retirement from the music department in 2002. That was the mantra on which he based his 35-year teaching career at Calvin. For the last 15+ years of his career, his teaching focused on “Music and Community,” a class in which everyone was invited to participate in the joy of music.

Topp, 77, passed away on July 23, 2014, after a lifetime of making and sharing joyful music. He graduated from Calvin in 1959 and taught for four years at Zeeland (Mich.) Christian. After receiving his masters and PhD from the University of Michigan, he began his career teaching music education at Calvin. He was also an active member of the Michigan Music Educators Association and served as president from 1990-1992.

Because of his enthusiasm and his belief that everyone could benefit from music, the department grew under his leadership, according to former colleague Howard Slenk: “Dale was a wonderful colleague and friend, always helpful, always encouraging, always enthusiastic. He served as chairman of our department for six years during which the number of music majors increased to a record 126. His Christian demeanor and supportive guidance made his tenure a golden age for the music department.”

During Topp’s tenure the Campus Choir and Women’s Chorus were born. Both were initiated to allow for greater student participation in ensembles.

“Dale was a very positive, optimistic and supportive person, one who saw the potential and good in everyone and endeavored to bring it out. The music department expanded and thrived under his leadership. His commitment to music education was legendary and he strove untiringly to empower and enable students to reach their potential as teachers. Dale's course "Music and Community" gave countless students the ability to share and use music in the classroom. Dale's legacy lives on in the lives of these many students,” said former colleague Derald DeYoung.

Those who served in the department with Topp expressed gratitude for the opportunity. “Dale carried a humanistic spirit of humility, honesty and joy. He was very professional in everything he did. I am honored to have had the pleasure of being on the music faculty with him before he retired,” said Calvin music professor Charsie Sawyer.

“He was a wonderful combination of professionalism and friendliness,” added Calvin music professor Pearl Shangkuan.

Topp is survived by his wife Carol; children David and Liz, Mike and Lynn, Belinda and Stephen Kelley, Jill Veltkamp, and Karen and Jeff Ring; and 12 grandchildren.

A memorial service will be held Monday, July 28, 1:30 PM in the Calvin College Chapel with Rev. David Kromminga officiating. Dale's family will greet friends and relatives at the Zaagman Memorial Chapel on Sunday, July 27 from 2-4 PM. 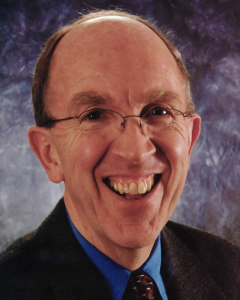