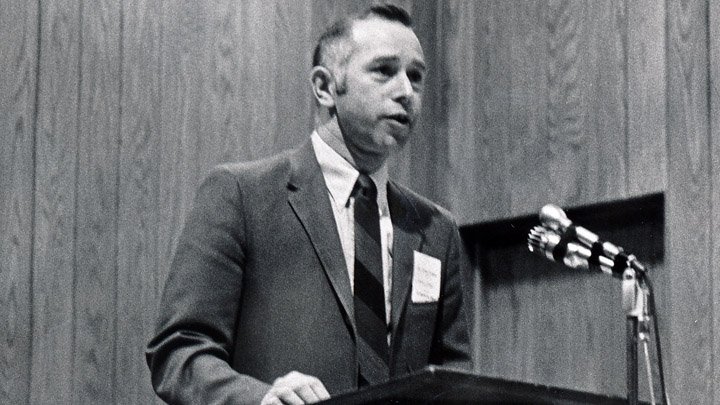 Clifton Orlebeke was a man of many interests, beginning with his education, which started with a degree in engineering and ended with a doctoral degree in philosophy.

It was philosophy that brought him back to his alma mater to teach after graduating in 1948. He spent 35 years in the department, teaching a broad spectrum of classes and serving as the department chair. Orlebeke died on Oct. 13. He was 89.

His main areas of interest were ancient philosophy and philosophy of science. He was especially drawn to Plato and Socrates.

It was his enthusiasm for the discipline that drew students like current Calvin philosophy professor David Hoekema.

“Clif was one of the professors who persuaded me that philosophy was my calling, because there was nothing more important for a young Christian to think about,” said Hoekema. “Under his guidance I first studied the early Greek philosophers, and with his encouragement I began a lifelong friendship with Socrates and Plato, a relationship I have tried to share with my students over the years.”

Current professor Greg Mellema was also inspired by Orlebeke, and, after joining the department, Mellema especially appreciated Orlebeke’s leadership: “One of his greatest strengths was chairing the department. His organization was superb, his personal style was warm and he could coax people into taking on the most unpleasant assignments.”

Orlebeke also had a lifelong interest in teaching writing and literature. This led to a stint as the editor of the Christian Scholar’s Review, a leading publication for interdisciplinary scholarship grounded in Christian commitment. During his six-year tenure the journal grew steadily in quality and in readership.

In addition to his scholarly contributions, Orlebeke is remembered by colleagues who knew him well as being “fun-loving” and excellent in the “world of wordplay and puns.”

“I will always remember him as kind, supportive and well-spoken—in fact, he regularly spoke in graceful, perfectly formed prose paragraphs,” said former colleague Lee Hardy. “I admired him greatly for that.”

Added Hoekema: “His quick wit, and the warm hospitality that he and his late wife Barb extended to generations of students, made Calvin a rich and supportive environment for every student interested in philosophy.”

He is survived by his children, Kathy Orlebeke, Tim (Erin) Orlebeke, Sue Berghoef and Rebecca (Greg) Dekker; and eight grandchildren.

A memorial service will be held at LaGrave Avenue Christian Reformed Church on Monday, Oct. 31, at 11 a.m. 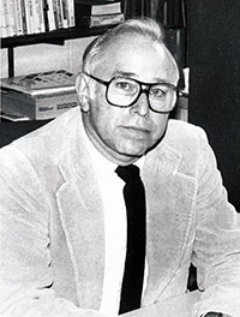